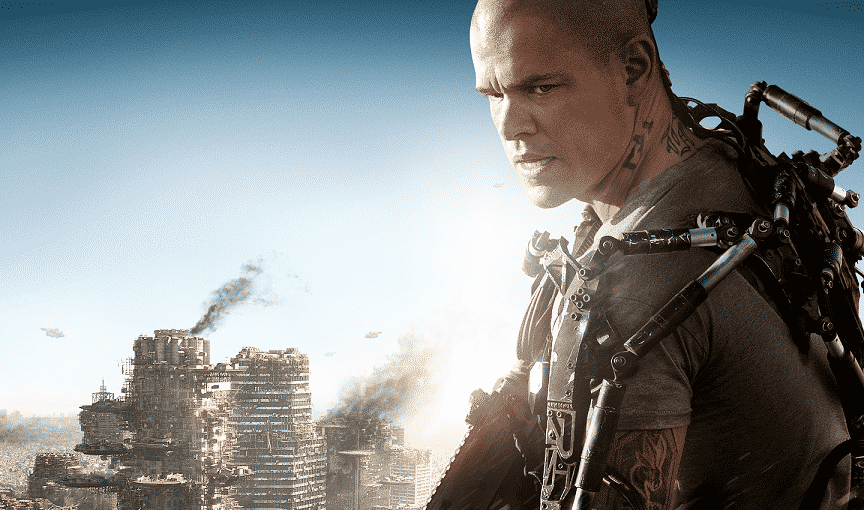 After District 9, director Neill Blomkamp made a couple of films that were met with a mixed reception.

Elysium, which I personally enjoyed, currently boasts a 67% on Rotten Tomatoes, and a 6.6 out of 10 on IMDb. While that is still pretty good, most were expecting more in the director’s follow-up.

2015’s Chappie did fair nearly as well, scoring a 32% on Rotten Tomatoes, but had a higher rating among IMDb users.

Obviously, Rotten Tomatoes and fans can have their disagreements, just look at Batman v Superman: Dawn of Justice.

It turns out, however, that Blomkamp actually still wants to make a follow up to Elysium. While speaking to Screen Rant, the director revealed:

“Elysium is more something I feel like I could have done better. I think that if you were to take something like Elysium and play with it inside a setting like this [his Oats Studios short films] you probably would hone it – you would end up, I think, with something well thought through and that has all of the thematic elements that I wanted. I still love the set up to Elysium. The idea of the separation of class warfare presented with this space ring is incredibly appealing to me and I would love to go back and make another movie in the world of Elysium because it’s compelling. I just think I can do a better job in setting up what the themes are more clearly and what the character’s motivations are. I can do it better, I think.”

I would, however, be interested in a sequel if it were to ever happen.

One film that won’t be happening? Blomkamp’s Alien 5, as the director revealed this month:

“I think it’s totally dead, yes. That would be an accurate assumption at this point. It’s sad. I spent a long time working on that, and I feel like it was really pretty awesome. But politically, the way it’s gone now, and the way that it all is – it’s just not going to live.”

That’s another film I and a lot of fans would also be interested in watching if it were to happen, but as Blomkamp said – it’s dead.