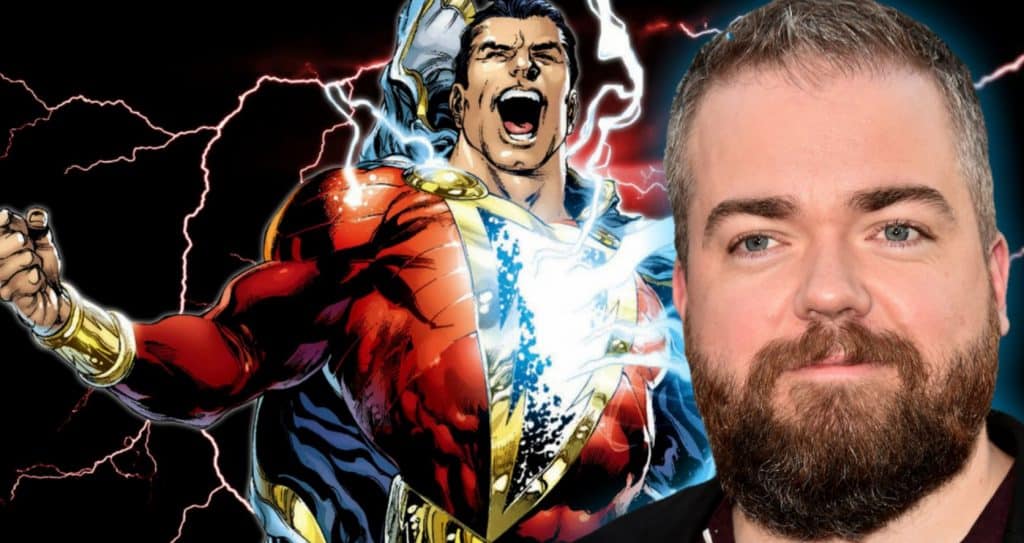 The next big property being reported for the DCEU appears to be Shazam! It has been revealed that they have officially announced its director.

David F. Sandberg revealed his involvement via a comment response and also to Kevin Smith at the currently underway Comic Con.

in an interview with Smith, Sandberg was asked if he was being looked at for a comic book movie his response was:

Which Smith replied with:

“Are you serious? Captain marvel”

A visually shocked Smith continued to probe Sandberg stating how casual he had replied to the question. Smith then asked how far along the movie was and Sandberg replied:

“It’s coming along pretty well, I’m very happy with the script and how it’s all coming along so it’s super exciting”

Smith goes on to say that in a couple of years, Sandberg will be on stage in Hall H with The Rock, to which Sandberg agrees. But recent news broke that The Rock may not feature in Shazam!

I suppose this is a fairly new announcement, and all the details haven’t been confirmed yet so there is always time to change things.

The question is, why would Shazam’s biggest enemy be appearing in Man of Steel 2 rather than in the Shazam! Movie?

Is it just DC and Warner Bros. Using the established Superman to use as a spring board for The Rock’s Black Adam? I hope not as we already saw this happen in Batman v Superman.

Continue Reading
You may also like...
Related Topics:DCEU, Shazam, The Rock