DUNKIRK Criticized For Lack of ‘Gender and Racial Diversity’ 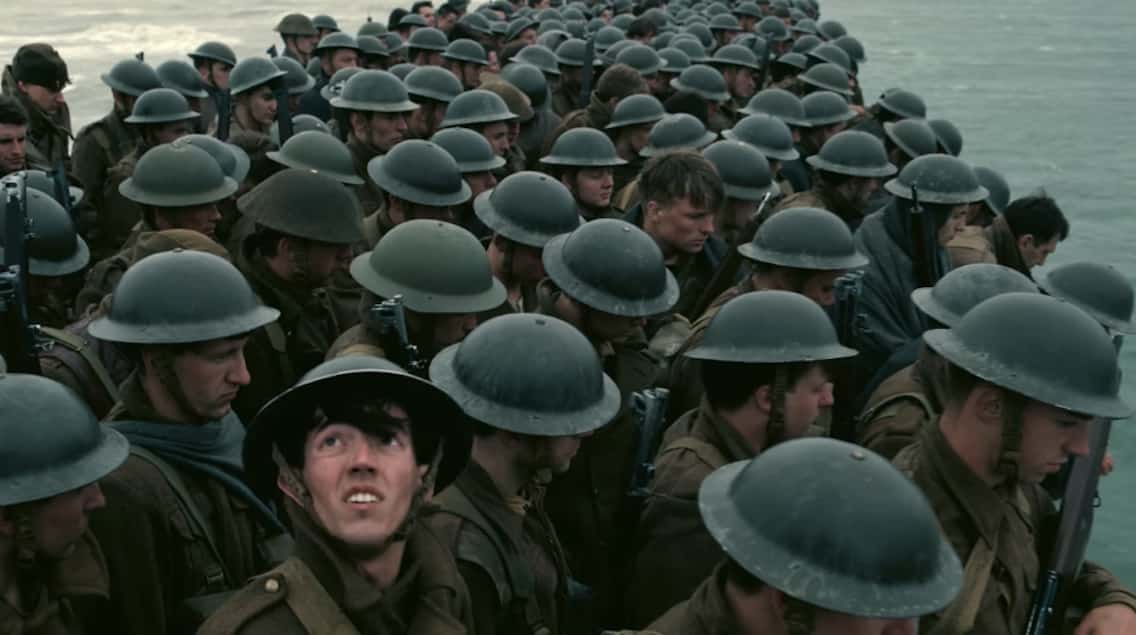 In a time where literally every single thing is offensive, it should come as no surprise to you that Christopher Nolan‘s latest film, Dunkirk, is now being criticized for a lack of gender and racial diversity.

A review from USA Today’s Brian Truitt, which is a mostly positive review, actually said the following:

“…the fact that there are only a couple of women and no lead actors of color may rub some the wrong way.”

Because you know, forget history.

Did you honestly just complain about too many white men in a movie based off a war fought primarily by white men? Seriously?!

You’re an utter prat. What an inane comment. Lack of diverse characters? You dishonour the sacrifice of these predominantly white young men.

So @briantruitt. How many “women and people of color” do you think there actually were at Dunkirk? https://t.co/ObviKh0RCr

Please go back to 7th grade history class. Are we also discriminating against Germany in movies? Really,Let them win next time. @benshapiro

.@MarkDavis what’s worse than @briantruitt writing the line about women & actors of color in #Dunkirk; is the editor @USATODAY let it print!

Some writers from other websites have offered their opinions on Truitt’s comment.

Tom Rogan of The Washington Examiner had this to say:

Let me be clear. The “some” that might be offended are the same “some” that attempt to swim with polar bears and saltwater crocodiles. The Washington Free Beacon’s Alex Griswold beat me to it, explaining why Truitt’s review is so silly. But let me add one point. What measure of honor would there be to inject “actors of color” into a historical event in which no persons of color served? It would be like making the civil rights movie, Selma, but hiring all white actors to play the parts that black demonstrators played in real life.

He also goes on to criticize Rolling Stone critic Peter Travers, who added this random comment in his review for the film:

So it’s impossible to overstate the importance of this battle, especially to the people of Great Britain. To outsiders, especially here in Trump’s America, the significance might be lost – or even be counted as a spoiler.

To which Rogan said:

Of course, it was those of “Trump’s America” — middle America — that formed the forces that saved the world from the Nazis and imperial Japan. Those young men, like my grandfather from Fishers Island, New York, knew nothing of European history. But like their brothers at Dunkirk and in the skies over Britain (like my other grandfather), they saved it anyway.

So, at this point, I think it’s safe to wonder if it’s even going to be possible to read a movie review without getting political commentary.

On the topic of diversity, it’s welcome and needed. Changing history, though, to do it – doesn’t make much sense.