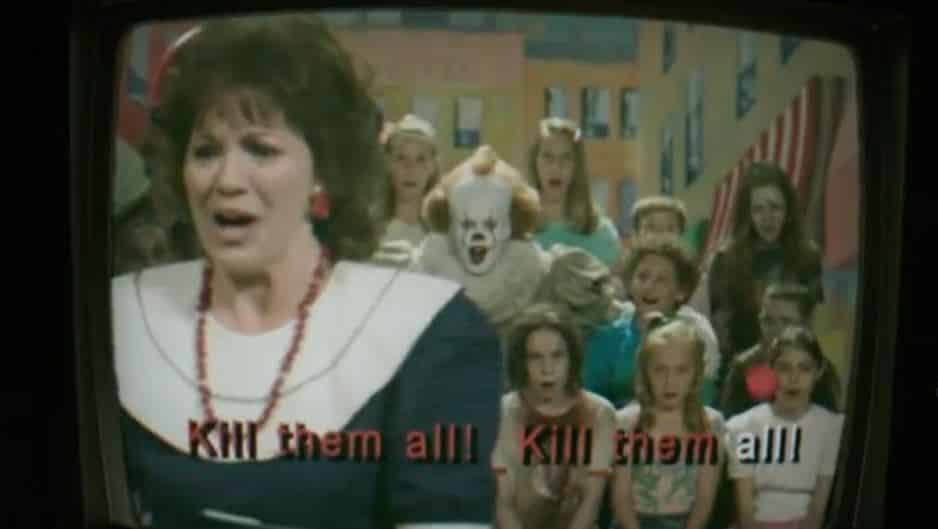 The upcoming adaptation of Stephen King’s It has so far been very limited in regards to footage. But with the film’s release just around the corner, there’s been an awfully large marketing push, and now a new TV spot has been revealed with a small previously unseen clip.

The new clip definitely reminds me of another Stephen King adaptation, The Tommyknockers. There’s a sequence in that miniseries where housewife Becka Paulson is told by a talk show host on TV that her husband is cheating on her, which drives her to murder him.

It’s interesting to see such concepts and ideas come up again in this separate adaptation decades later.

The film is already said to be one of the 5 scariest ever made – according to Joe Hill:

Bill Skarsgard also terrified the child actors on the set of the film with his Pennywise performance:

What did you think of the new TV spot? Are you excited? Let us know in the comments section below!