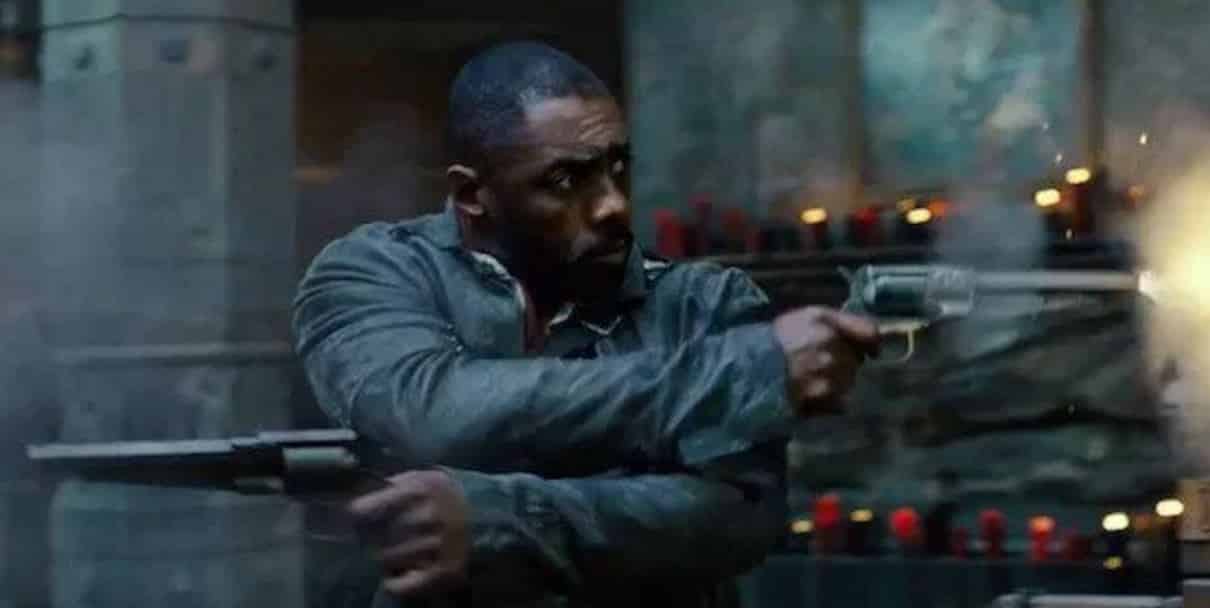 The first reviews for the Stephen King movie adaptation of ‘The Dark Tower’ are in – and it’s not looking good.

At the time of writing this article, the film currently sits at an 18% on Rotten Tomatoes.

San Francisco Chronicle: “The Dark Tower” could have been a better movie – not good, but better – had McConaughey and Elba switched roles.

Newsday: Despite two fine actors in key roles, and the efforts of a four-man screenwriting team to strip King’s story down to its basics, “The Dark Tower” still makes virtually no sense, even by the rules of its own world(s).

TIME: It could use more magic, more dread, a more staggering sense of wonder. It’s wholly inoffensive, but it’s unmemorable too. This is a fantasy that runs like a business.

We Got This Covered: The Dark Tower is a shot-to-the-heart of cinematic intrigue, as Stephen King’s beloved story loses all magic in its big-screen adaptation.

Philadelphia Daily News: Though I’m generally not one to complain about a movie being too short, this adaptation seems to have achieved its brevity by eliminating most of what was good about the books and leaving in most of what wasn’t.

CBR: Watching the movie, you can’t help but feel you’ve missed a key scene, a puzzle piece that’d make everything click together.

Chicago Tribune: Is the movie good enough to do what it’s designed to do? Not really.

There were some positive reviews, however:

TheFrightFile: Works more often than not, a muscular yet appreciatively unshowy conjuring of spectacle, action, and crucial character beats all playing out on a multi-plane tableau melding reality with sinister fancy.

Forbes: The second half is better than the first half, but this isn’t remotely the sprawling epic that fans arguably deserved.

This isn’t exactly a surprise, as we reported yesterday about the trouble the film’s production allegedly had:

“Sources paint an acrimonious picture of the production, one that was enabled by the unique nature of the deal that Sony struck with MRC — a pact that allowed competing power centers to emerge. The two companies split costs, and in return MRC was granted “kill rights” on everything from the marketing campaign to the final cut of the picture. If one company didn’t like a trailer or a cut of the film, it had to be scrapped, making it difficult to achieve consensus. It’s a rare type of partnership, with the kind of sign-off that few production companies enjoy. That led to a case of “too many cooks in the kitchen,” according to one insider. King also had a great deal of input. In return for the rights to his work, he retained veto approval of almost every aspect of the film.”