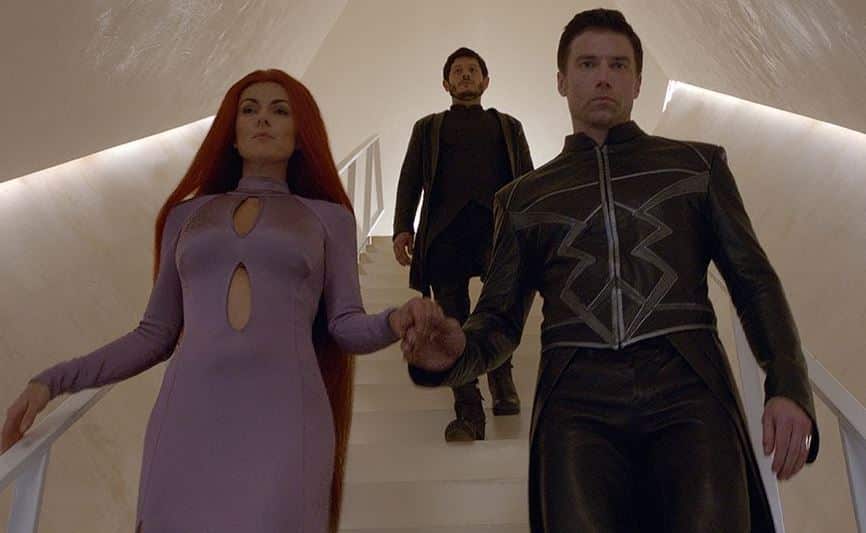 It’s no secret at this late stage that production of Marvel’s Inhumans series has been wrought with bad publicity.

The first images made the series look like a group of Convention attendees. The first trailer was a bit of a mess that made Tom Cruise’s Mummy soundness trailer look professional.

But now, the first reviews came out and pretty much destroyed the little hope this series had about being a winner.

The review that has been removed from Spoiler TV stated that the show was:

“Simply awful. I’m so disappointed since I generally love everything Marvel does. But this is absolutely terrible. The dialogue is atrocious. The fight sequences are shockingly choreographed. The sets (or more-so the obvious green-screen) aren’t that crash hot either. It’s only saving grace is Lockjaw who is adorable. As one of the few people that actually liked Iron Fist, I can easily say that this is Scott Buck’s worst work yet.”

Despite removing it, ABC’s President has had to defend the show saying it is:

“Still a work in progress.”

The director of the first episode, Roel Reine has also stated that he felt the first trailer failed the show by saying:

“I was mixed about the first trailer as well. I felt like it didn’t give you the scope, it didn’t give you a lot of secrets or visual effects. I felt it was a little bit too early because the visual effects were not ready – Medusa’s hair was not ready. So I was really nervous about it and would think the fans would not really like it. When I watched the first trailer I was like ‘ooosh’. But me as a filmmaker, as a director, you’re not involved with the marketing part of these things. The trailer was made by other people, so I was really nervous about it when I saw it. So I was like, “oh guys maybe we should hold off,” but it was too late because it was already in the open.”

So there you have it. It’ll all be alright on the night. That night being September 1st in IMAX cinemas. However, I’d personally hold off until it airs on TV.