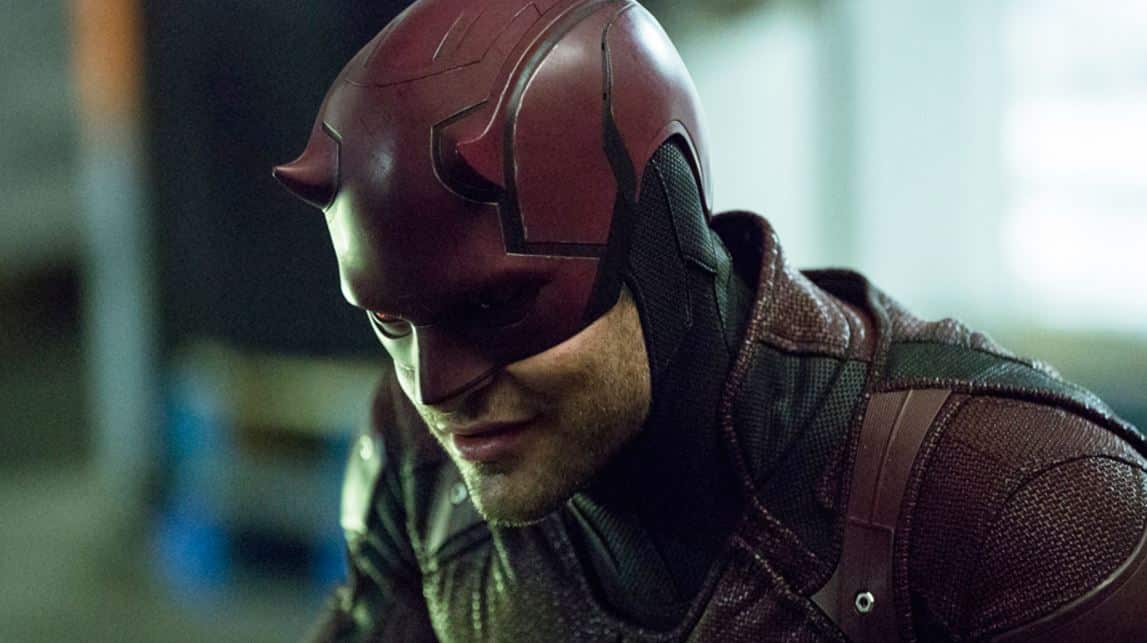 With The Defenders premiering this weekend, fans finally get to see Charlie Cox as Daredevil again.

I mean – it wasn’t really that long ago that we last saw him, but the shows that have followed Season 2 of Marvel’s Daredevil haven’t really been that great, in my opinion. Luke Cage was alright and Iron Fist was pretty “meh”.

Season 3 was announced but not much has been revealed about it – aside from a comment made by Cox that didn’t offer much information:

“I do that later in the year. We’ll go back and do that.”

Well now, if a report from MCU Exchange is accurate, the third season will begin filming in October:

Netflix quickly renewed the show for a third season and announced it ASAP with a cool teaser. Apart from that and a very general quote from Charlie Cox last April, we don’t have specific details to go on. Well, that’s about to change now as we can definitely report that the much-awaited third season of Daredevil will begin filming in October of this year, specifically during the month’s later weeks, according to our source close to the production. Just in time for Halloween.

Nothing is currently known about the show or potential characters that will appear, but Charlie Cox did express interest in seeing Bullseye appear down the road:

I think it’s safe to say most of us wouldn’t be opposed to seeing Bullseye on the series – and it’ll be interesting to see the look they go with. I doubt they’d do a costume – but they also probably want to distance themselves from the 2003 film.

As with all of this stuff, we’ll have to wait and see.