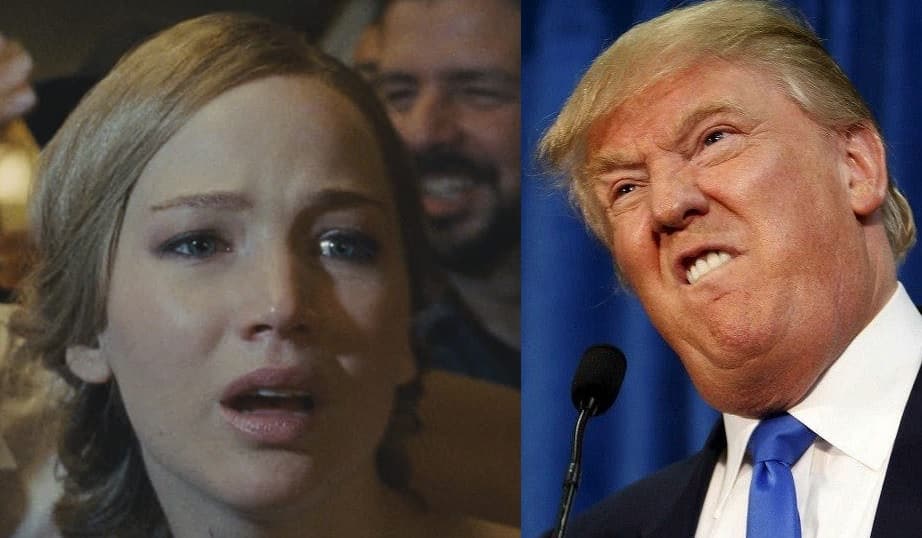 While promoting her new movie, Mother, Jennifer Lawrence took some time to talk about the recent devastating hurricanes that have destroyed parts of the United States, and revealed why she thinks it’s happened.

Current President of the United States, Donald Trump (and his supporters):

“You know, you’re watching these hurricanes now, and it’s really hard, especially while promoting this movie, not to feel Mother Nature’s rage and wrath. You know, I’ve heard things and seen things on TV in my own country that devastate me and make me sick, and it’s just really confusing. I don’t find [Trump] confusing. I think I know exactly what he is.”

This isn’t the first time that the actress has made comments that have gained a strong reaction online. Just last month, she talked about the ‘sexism’ in 2016’s Passengers that she did not initially spot:

“I’m disappointed in myself that I didn’t spot it. I thought the script was beautiful — it was this tainted, complicated love story. It definitely wasn’t a failure. I’m not embarrassed by it by any means. There was just stuff that I wished I’d looked into deeper before jumping on.”

It’s also not the first time the actress has spoken out about Trump, saying before the election that it would be ‘the end of the world’ if he won:

“My view on the election is pretty cut-and-dried: If Donald Trump is president of the United States, it will be the end of the world.”

Regardless of your political views, it’s hard to blame a single person (and supporters) for the massive destruction of a hurricane. Isn’t it?