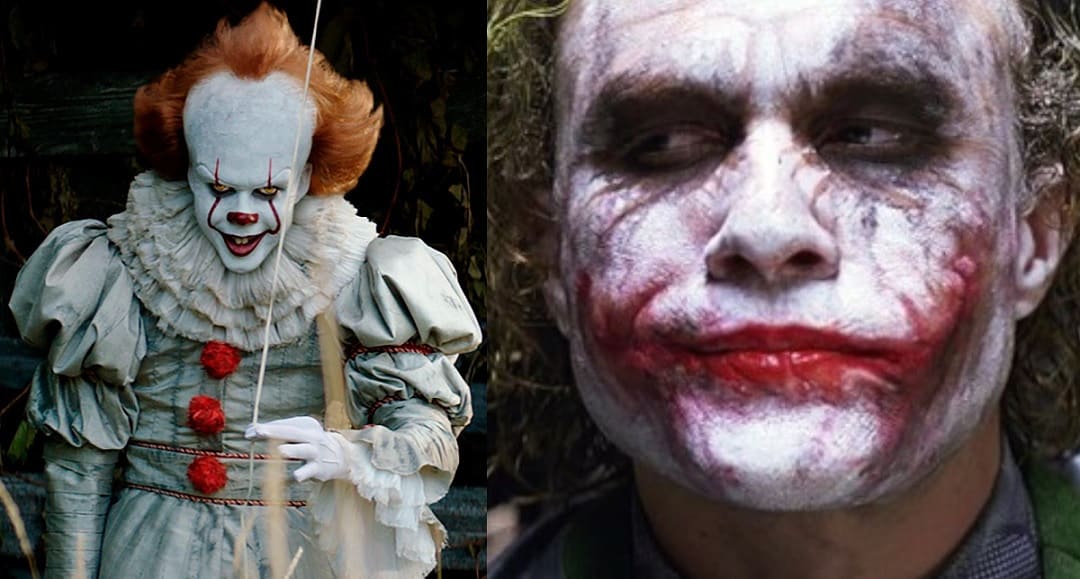 Bill Skarsgard has gotten attention for something other than his portrayal of Pennywise from It. Recently, people have taken to asking him how Pennywise compares to the Joker. It is difficult to see any real comparison. However, he is so popular for his role right now, people will ask anything just to get a little more IT action. This is what he had to say to People Magazine:

“I think the biggest difference between Pennywise and the Joker character — or at least Heath Ledger’s interpretation — is that he’s far more based in reality. [The Joker] is sort of this social anarchist, crazy person, and I don’t think Pennywise is the same in that way. He’s not even human, he’s just pure evil.”

The Joker seemed really unhinged in The Dark Knight. However, Skarsgard’s comparison between him and Pennywise makes him seem rather tame:

“Where I went with it was like, ‘What’s the most horrible thing that could happen here?’ And then I’d do that. You need to access parts of yourself where you’re thinking about what’s the most disturbing or horrifying [thing to do], and then you have to commit to that. It was very strange [after production ended], it was almost like a really slow exorcism to completely let go of him.”

Skarsgard played his role like an icon in the making, and that’s why all the comparisons are arising. Heather Ledger and Tim Curry did the same. It was his first role in the United States, and no one knew he would make such an impression.

Director Andy Muschietti and Bill Skarsgard intended on making this version of Pennywise very different than any other clown villain that has ever been created, according to previous reports. While we’re digesting his take on the character, they’re already planning on a sequel.

“I did have so much fun with the character, and I’m really looking forward to getting back under that clown makeup for the sequel.”

It is playing in theaters now, and Chapter Two, which is the sequel, will release in 2019.