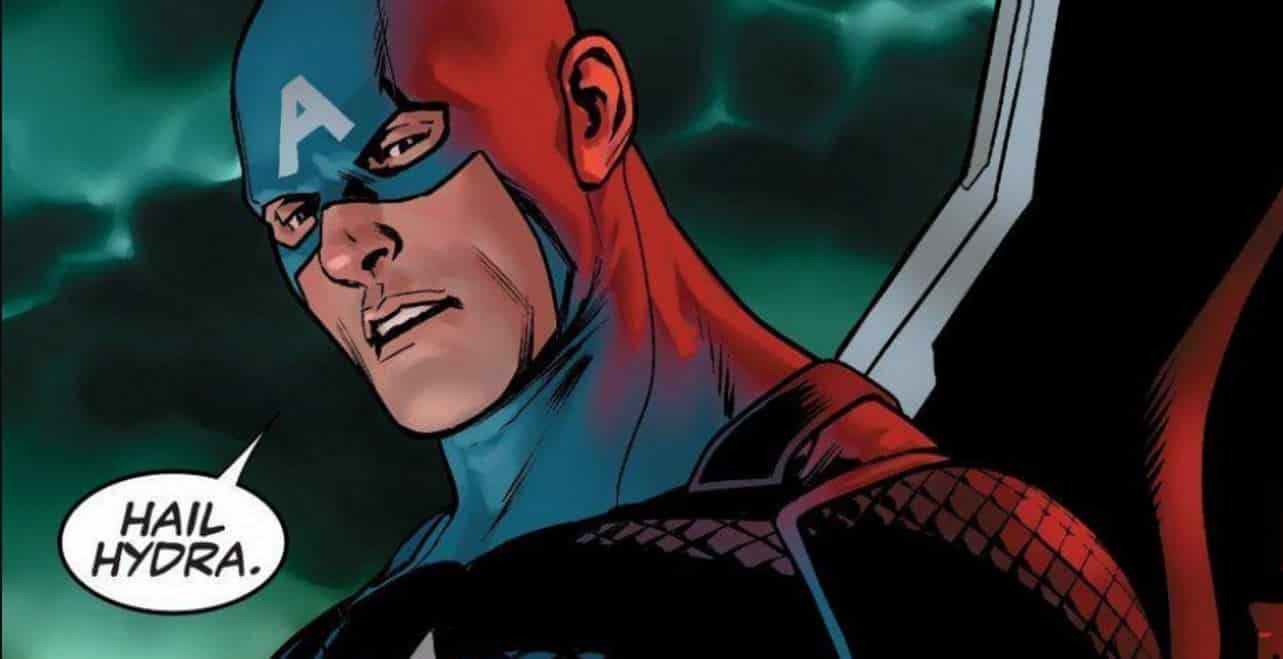 Spoilers for Secret Empire: Omega #1 ahead!

In Secret Empire Issue #10 Hydra-Cap succeeds, but at the same time the original Cap returns to sock Hydra-Cap in the jaw using Thor’s Hammer Mjolnir. But as of Secret Empire: Omega #1 it turns out there may be a chance for Hydra-Cap to return. Nick Spencer the writer for Secret Empire initially left Hydra-Cap’s fate up to interpretation, but Omega, the wrap up issue tells another story.

Due to Hydra-Cap being the creation of the Cosmic Cube’s twisting of Marvel’s main Earth. He is not just going to vanish. Good Cap was created from the memory of the Cosmic Cube and so they will live in the same world.

As Omega points out Hydra-Cap’s arguments are enough to make him a future threat for the restored Marvel Universe. Hydra-Cap has become the sole occupant of the S.H.I.E.L.D prison ‘Shadow-Pillar’ which is located in an unknown place.

Good-Cap meets with Hydra-Cap and it is revealed that there is no way he can stand for his crimes as he didn’t actually break any laws. Hydra-Cap explains that he used fear and power to manipulate America into volunteering all authority to Steve Rogers.  He exercised democratically assigned powers to benefit his own political beliefs.

The issue ends with a bitter sweet victory for Good-Cap as Hydra-Cap explains there will be no going back. But Good-Cap leaves realising fascism is still alive and could be anyone, including himself. The final page reveals that Hydra-Cap’s views aren’t solely his own as a couple of S.H.I.E.L.D agents push him to a wall and reveal their true allegiance in the only way a Hydra Agent can:

Hydra-Cap smiles, knowing there is an army out there waiting for him. Hydra-Cap will return.

Secret Empire: Omega #1 Is out now.