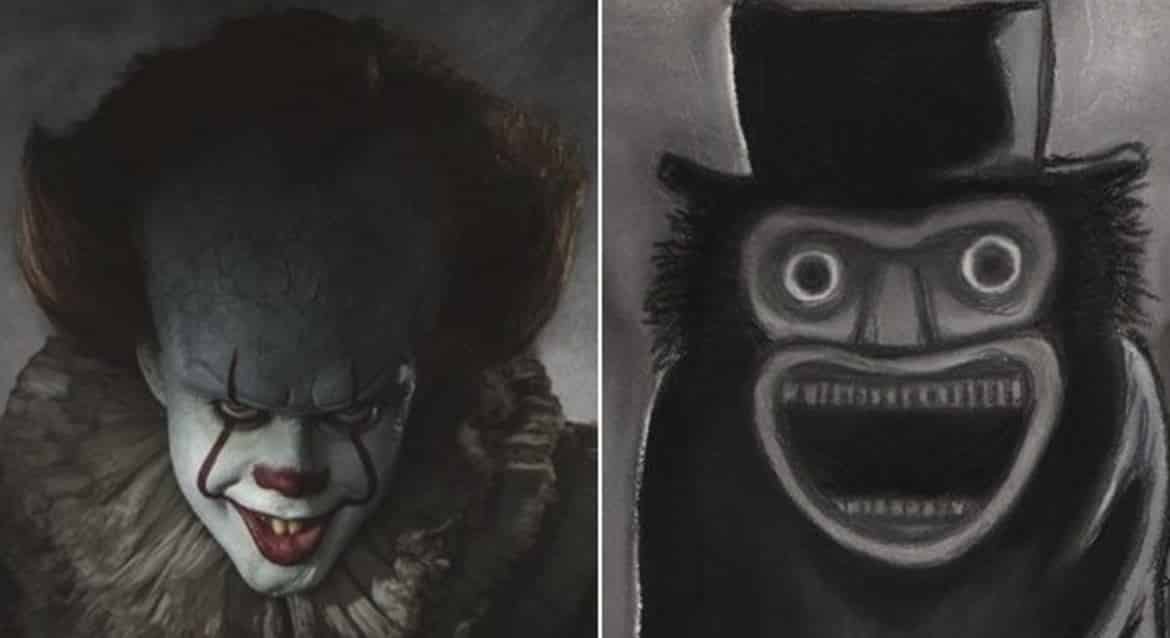 The Babadook and Pennywise are both meant to be creatures of terror. However, they’ve both recently become icons of the LGBTQ community. How is this possible? Why, the internet, of course. There doesn’t always need to be a strong reason for what the internet churns out. Sometimes, it just takes a small idea and a lot of like-minded individuals.

The LGBTQ community has always had a habit of using such characters for purposes. However, the Babadook is popular enough for mainstream social media surfers to take notice. It started with a screenshot of The Babadook under the LGBT movie heading. The authenticity of the screenshot is in dispute, however, it went viral. The Babadook is now the subject of many memes featuring rainbows and pride fare.

It creature, Pennywise, is a bit of a shoe-in for becoming an LGBTQ icon. He adorns a lot of makeup and ginger hair, and a flamboyant sense of style. That has drag queen written all over it. And while most people would disagree that he should be anything other than a terror genre icon, some really do see how fabulous he could be.

The LA Times pointed out why the Babadook might have come to be seen this way:

“Someone was like, ‘How could “The Babadook” become a gay film,’ and the answer was readily available,” said Karen Tongson, an associate professor of gender studies and English at USC. “He lives in a basement, he’s weird and flamboyant, he’s living adjacently to a single mother in this kind of queer kinship structure.”

A large part of why films like these end up being seen in this light has to do with oppression. Think of Animal Farm. That story was written by someone with opinions and ideas that weren’t legal at the time. Homosexuality has been around, but seen as illegal for a very long time. It has become the norm for people to find ways to communicate under certain umbrellas of ambiguity.

Pennywise and his boyfriend, The Babadook are off on a date to get crepes and terrorize some kids. pic.twitter.com/eakshrfkN7

A perfect example for more visual people is provided by Twitter user @kuminverts. They provided a watercolor picture of Pennywise and The Babadook as a couple, walking hand-in-hand with the caption, “Pennywise and his boyfriend, The Babadook are off on a date to get crepes and terrorize some kids.”

With the current political atmosphere, there has to be something for the LGBTQ community to call it’s own, even if it is just their own brand of humor and uniqueness. Humor is just the start, as it has evolved into an example of the community holding itself up. Either way, we can’t be too scared of the two after this.

Tell us what you think!

Continue Reading
You may also like...
Related Topics:IT, LGBTQ, Pennywise, The Babadook