There are many rumors surrounding Superman’s return for the upcoming Justice League movie. Fans speculate just how he will be revived and are curious to know if he will be sporting the memorable black suit.

For those unfamiliar with the comics, the iconic “Death of Superman” arc had the Man of Steel killed by the hands of Doomsday, just as in Batman v Superman: Dawn of Justice. Upon his resurrection, he sported a much different appearance, donning a black suit and longer hairstyle. Fans hoping that DC studios would honor this look will be disappointed to hear that this may not be the case.

The leaker claims that they have seen footage of Superman with his familiar blue and red suit, already flying into action. While a small chance remains that the black suit may make an appearance at an earlier/later scene, it seems unlikely that Superman would take the time for a costume change soon after his resurrection.

Superman flies down in front of the Kent Farm and punches something big. It’s said the object is unknown because it was done using green boxes with motion-capture markers, so the leaker doesn’t know what Superman actually punched, but it’s said to be something really big (the green boxes are used for CGI purposes and get replaced digitally in post-production).

We can speculate it may be a Parademon that goes to the Kent Farm possibly looking for Clark Kent or Superman, which means Steppenwolf knows all about the Justice League members and possibly their real identities (assuming our guess is correct).

The leaker also adds that he/she hasn’t seen any footage of Superman in the black suit or with a beard, but the footage he/she has seen has been with the red and blue Superman costume.

The rumor cannot be taken as fact, as they originate from a user on Reddit who claims that they work in the VFX department for the film, but it is still worth discussing, as there is a possibility the user is genuine. The leaker in question recently offered a description of what Green Lantern may look like in a recent Reddit post, and the detail with which they spoke is rather convincing.

They even added this sketch: 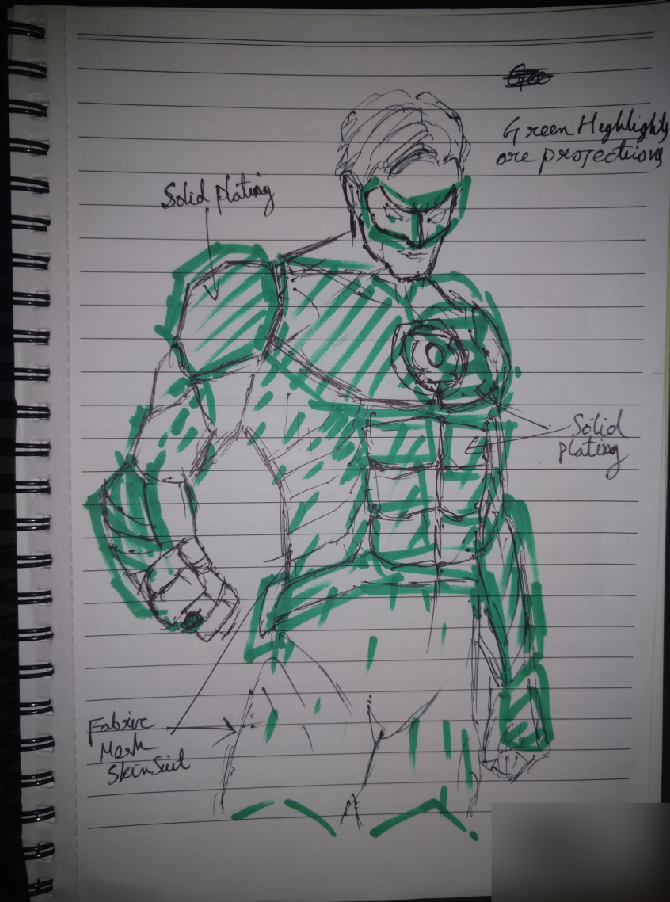 For now we continue to speculate over rumors, but all will be answered when Justice League hits theaters on November 17th.