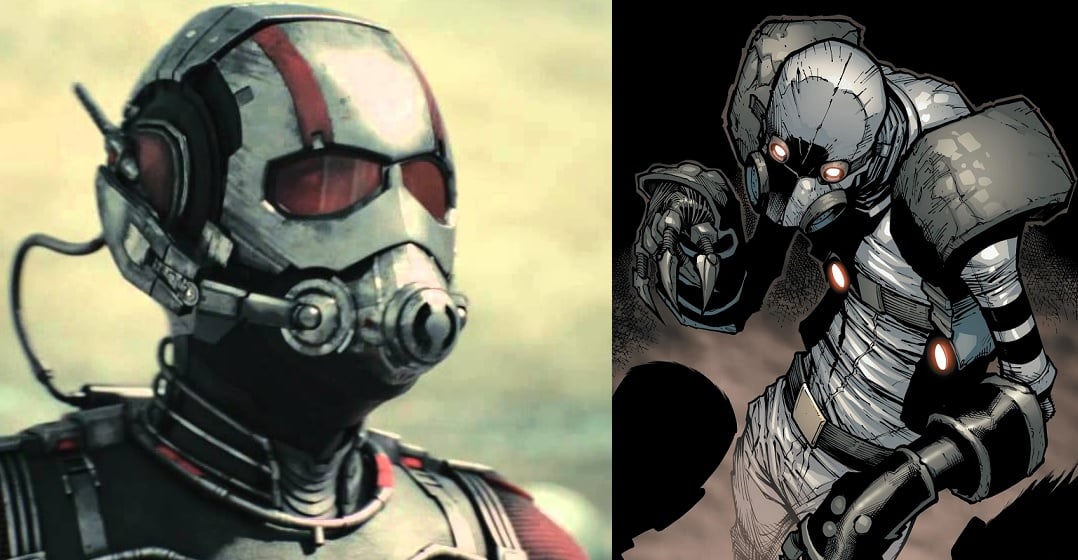 Perhaps the biggest surprise of the Marvel Cinematic Universe so far was Ant-Man. Despite a lot of controversy behind the scenes, the 2015 crime caper turned out to be one of Marvel’s most entertaining and unique films yet. Looking to follow-up that film’s success is Ant-Man and The Wasp, which is currently filming.

With filming taking place, fans are already getting a fair share of leaks about the film hitting the web. Today, fans get to see not only a glimpse of Evangeline Lilly’s Wasp, but also Ant-Man’s new antagonist Ghost.

Perhaps the biggest issue with the original Ant-Man was the lack of a strong villain. Corey Stoll gave a relatively solid performance, but the character was such a formulaic cliche that it was hard to care very much. Developing strong villains in general has been a constant problem for Marvel, with Loki being the only memorable villain thus far in the MCU.

Going into Ant-Man and the Wasp, my expectations are relatively high. Paul Rudd seemed like unconventional casting on paper, but his wonderfully charismatic personality made for a perfect fit as Scott Lang. Lilly’s interpretation as the Wasp was also perfect for the character, with her having great chemistry with Rudd, while also being a strong hero on her own. Director Peyton Reed proved himself to be quite a dynamic director, building a lot of visual energy that made the heist sequences of the film work quite well. To top it off, it will be great to see Lang’s band of misfit friends again on the big screen.

Are you excited for Ant-Man and the Wasp? Let us know in the comments below!

Continue Reading
You may also like...
Related Topics:Ant-Man, Ant-Man and The Wasp, Ghost, Marvel, MCU