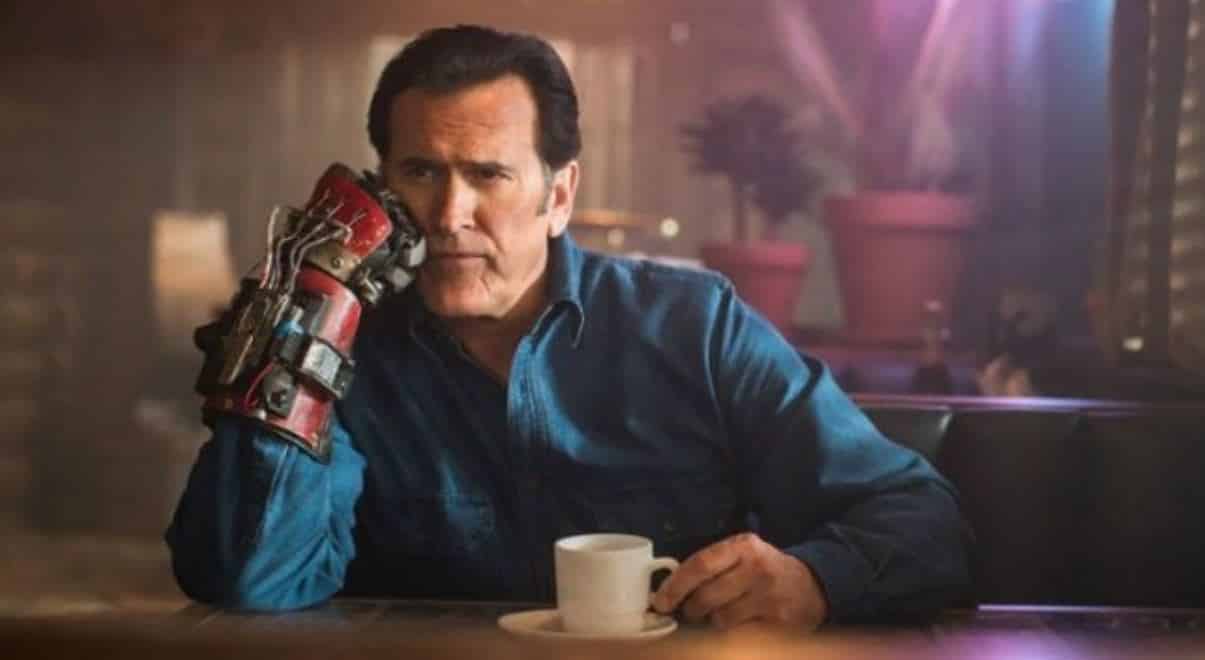 Bruce Campbell recently did an interview with Aaron Sagers of SYFY Wire regarding his autobiography Hail to the Chin. And he’s given quite a cryptic notion about his iconic character Ash Williams.

It all started when Sagers began,“When you hang up that chainsaw for the last time and Ash is gone, you’re moving on…”

Campbell soon interrupted him by saying:

Sagers quickly responded back, “Have you?” and Campbell elaborated a bit more on his cryptic answer.

“We finished season three of Ash vs Evil Dead. At the end of that season, it could go anywhere or nowhere.”

He didn’t make matters any easier by continuing,

“if we don’t get renewed for season four. Ash could suddenly die of a massive heart attack. It’s happened.”

Since Bruce had previously gone on record with saying Ash vs Evil Dead was originally planned as a five-season story, it would certainly be a shame to see it cut to just three. And it would be even worse to see our beloved Ash Williams die simply because a network didn’t want to renew the series.

But then again, no matter what happens we should still be grateful to see Ash vs Evil Dead at all. There was a time when no one thought Bruce would ever come back as Ash again.

And if he does die? We must remember that in an alternate timeline, Ash is waking up from the events of Army of Darkness in a futuristic apocalypse – still alive and well. The King lives on.