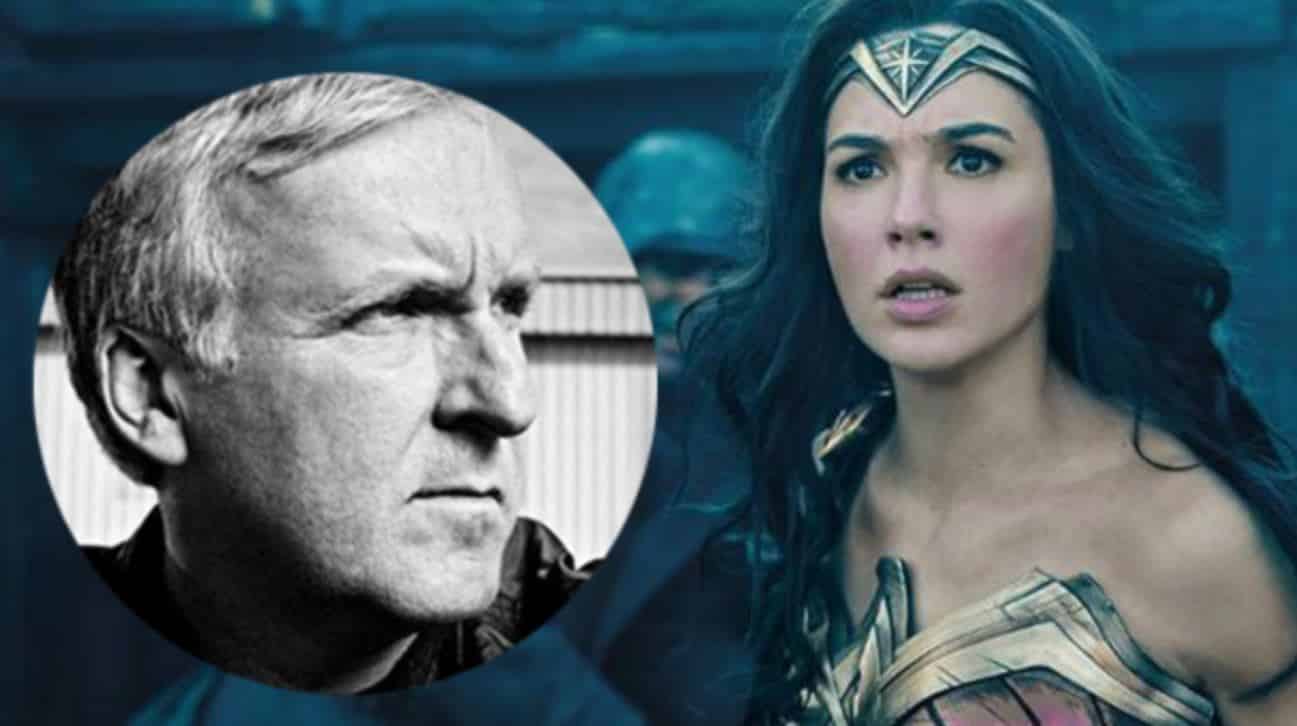 “All of the self-congratulatory back-patting Hollywood’s been doing over Wonder Woman has been so misguided. She’s an objectified icon, and it’s just male Hollywood doing the same old thing!”

“I’m not saying I didn’t like the movie but, to me, it’s a step backwards. Sarah Connor was not a beauty icon. She was strong, she was troubled, she was a terrible mother, and she earned the respect of the audience through pure grit. And to me, [the benefit of characters like Sarah] is so obvious. I mean, half the audience is female!”

Well, in a new interview with THR, Cameron revealed he’s sticking by his comments – and even added more to them:

“Yes, I’ll stand by that. I mean, she was Miss Israel, and she was wearing a kind of bustier costume that was very form-fitting. She’s absolutely drop-dead gorgeous. To me, that’s not breaking ground. They had Raquel Welch doing stuff like that in the ’60s. It was all in a context of talking about why Sarah Connor — what Linda created in 1991 — was, if not ahead of its time, at least a breakthrough in its time. I don’t think it was really ahead of its time because we’re still not [giving women these types of roles].”

“Linda looked great. She just wasn’t treated as a sex object. There was nothing sexual about her character. It was about angst, it was about will, it was about determination. She was crazy, she was complicated. … She wasn’t there to be liked or ogled, but she was central, and the audience loved her by the end of the film. So as much as I applaud Patty directing the film and Hollywood, uh, “letting” a woman direct a major action franchise, I didn’t think there was anything groundbreaking in Wonder Woman. I thought it was a good film. Period. I was certainly shocked that [my comment] was a controversial statement. It was pretty obvious in my mind. I just think Hollywood doesn’t get it about women in commercial franchises. Drama, they’ve got that cracked, but the second they start to make a big commercial action film, they think they have to appeal to 18-year-old males or 14-year-old males, whatever it is. Look, it was probably a little bit of a simplistic remark on my part, and I’m not walking it back, but I will add a little detail to it, which is: I like the fact that, sexually, she had the upper hand with the male character, which I thought was fun.”

Well, agree or disagree, at least Cameron stood by his remarks as opposed to giving a phony apology to please people that are mad.