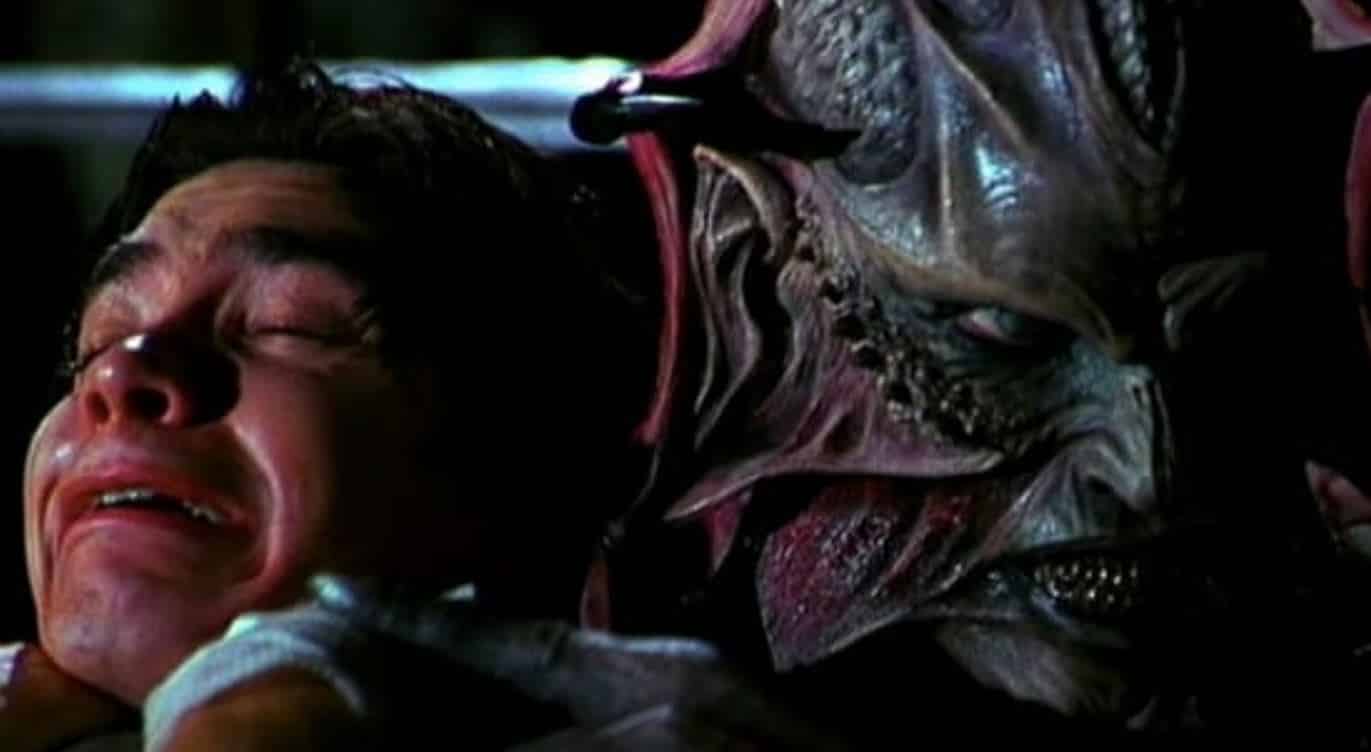 If you haven’t heard about Jeepers Creepers 3 by now, you probably aren’t aware of the controversy surrounding the film. The movie’s director, Victor Salva, is a convicted pedophile who molested a 12 year old while filming a movie back in 1988 – and even filmed the incident. He served his time, and was allowed to work in movies again.

Though there wasn’t much controversy when Jeepers Creepers came out in 2001 or even over Jeepers Creepers 2, it’s hard to say how it would have been if the internet was back then what it was today.

Now, according to a recent review of the film, there’s apparently a scene in which child molestation is justified:

“Jeepers Creepers 3” does not depict any kind of child molestation, but it does include one moment where two characters are discussing why Addison no longer lives with her stepfather. One of the two characters is romantically interested in Addison and seems to understand why her stepfather would make “overtures” on her. “Can you blame him though? I mean look at her,” the character says. “The heart wants what it wants, am I right?”

If this wasn’t disturbing enough for you, try going over the horrifying details of Salva’s crime. One person believes the director deserves a second chance, however, The Creeper himself – actor Jonathan Breck:

“Obviously it’s a very serious issue. But I can truthfully say the very first time I met Victor it was 2000 and the Internet wasn’t what it is today. I didn’t even know anything about his background when I met him. I had the advantage of just getting to know him for who he was, how he treated me, what kind of artist he was. I got to know him through my own personal experience with the guy. It’s one off the best creative experiences I’ve ever had working on these films, a real highlight of my career. I just think it’s a shame because in this day and age, the Internet being what the Internet is, it’s been great in a lot of respects and in some respects it’s really cheated us. We can sit in our office or sit in a room and type somebody’s name and read something about somebody and judge them in ten seconds and think we know them.”

I’m not sure if many people will feel the same way.