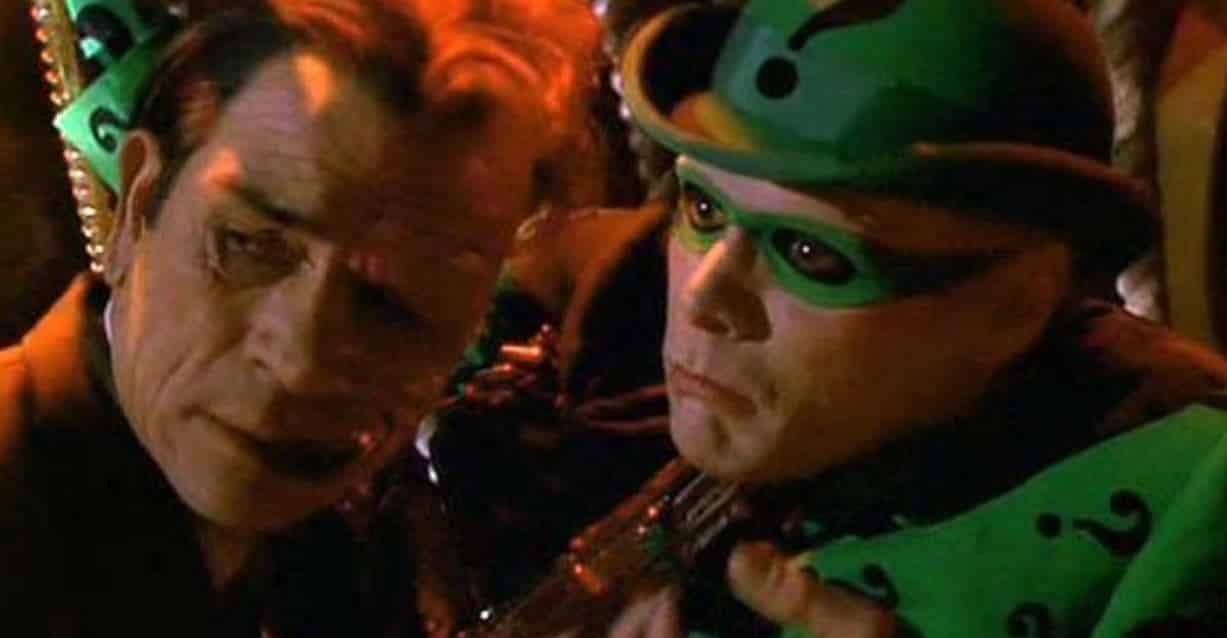 Tommy Lee Jones and Jim Carrey didn’t get along behind the scenes of Batman Forever. No one would have ever guessed that because they are such renowned actors. Their characters, The Riddler, played by Carrey, and Two-Face, played by Jones, also looked like they were having such a great time on screen. However, they’ve both made statements confirming how awful their time on set was together.

Jim Carrey was never quiet about how working with Tommy Lee Jones was twenty years ago. Recently, however, he has gone into further detail about what transpired between the two. He started the story by saying he was eating at a restaurant and found out Tommy Lee Jones was also there. He decided to go say hi to him, and noticed the blood drain from his face immediately. He stated:

And he got up shaking — he must have been in mid-‘kill me’ fantasy or something like that. And he went to hug me and he said, ‘I hate you. I really don’t like you.’ And I said, ‘What’s the problem?’ and pulled up a chair, which probably wasn’t smart. And he said, ‘I cannot sanction your buffoonery.’

Tommy Lee Jones had a strange way of wording his disdain for the comedic actor, however, his timing was even worse. He chose to dump that on Jim Carrey right before shooting the biggest scene between their two characters in the Batman Forever film.

Carrey was on Norm MacDonald Live when this recollection came about, and the host stated that maybe Jones was jealous of the attention Carrey was getting on set. Carrey was very popular at that time after the release of Ace Ventura: Pet Detective and The Mask not too long before this venture. Jim Carrey disagreed, however, saying:

“He might have been uncomfortable doing that work, too. That’s not really his style of stuff.”

Despite Carrey’s theory, Jones did move on to Men in Black, which is another comedy franchise. It’s sad they couldn’t work out their differences. They have not worked on anything together since then. Neither are suffering, as both of their careers have been widely successful in their own rights.