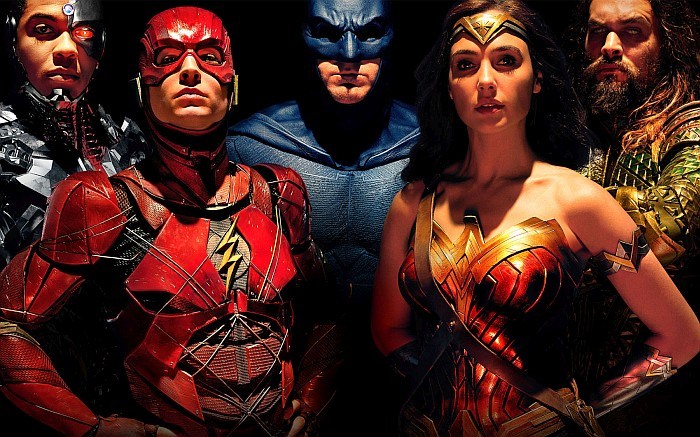 News has been coming out that Warner Bros. and DC Entertainment might be moving away from the shared world idea from the Justice League universe, yet Geoff Johns himself has come out and say that’s not the case, but if you’re worried that we might not get anymore Justice League sequels sometime in the future, Oscar winning actor J.K. Simmons has come out with some good news.

Simmons spoke with Red Carpet News TV on YoTtube about what will happen if the Justice League movie, out this November, does well at the box office:

“My incarnation of Commissioner Gordon in the first Justice League movie, of what we hope will be a handful, is a kind of a ‘don’t blink or you’ll miss it’ introduction of the character.”

At the 2017 Comic Con, Warner Bros presented a slate of films set to be released in the coming years that feature more heroes like Cyborg, The Green Lantern Corp, and a Flash movie but there was not mention of a Justice League sequel. This of course would give any fan of these superheroes great concern.

J.K. Simmons continued on by bringing up Joss Whedon’s work on the film and that he’s putting the final touches on the film:

“I didn’t spend all that much time… We shot it here in London, which was great. It’s always fun to be here. I still haven’t seen the finished thing put together. As a matter of fact I was doing ADR last week on it, additional dialogue recording on it last week, so they’re still putting the finishing touches on it. I’m really, really excited to see it. To be a part of the DC Universe, which is a little grittier. Although having said that, I think there is a fair amount of levity in this incarnation, too, and that Ben brings to it– that everybody brings to it. I can’t wait to see it.”

So of course he was asked about the tone change Whedon has brought to the film since he came on board to help:

“No. I don’t think so. I wasn’t involved with Joss at all. It was just some of the reshoots, and I wasn’t involved in that. I think he is really dedicated to finishing the story that Zack was telling. Again, that is my understanding from my vantage point. I haven’t met Joss, so I’m probably not the guy to ask that question [laughs].”

Since one of the few things that came out of Batman v. Superman: Dawn of Justice was Ben Affleck’s performance as the Dark Knight, J.K. Simmons talked about working with the actor again:

“Oh. Absolutely. Yeah. I worked with Ben a couple of years ago on The Accountant, and I met him years before that. Yeah, I am excited to work with him and hope to work with him on the other side of the camera at some point as well because I think he is obviously a talented filmmaker in addition to being the movie star that he is and a good actor that he is, which I think will continue to develop as we see Batman and Commissioner Gordon not be spring chickens, and we get into some interesting stories about these weathered kind of guys.”

He later commented on the difference in the humor between DC movies and Marvel films:

“Yeah, I think they largely are and particularly the DC movies, I think a little grittier and telling the stories with some oomph to them, you know? But again also, I think, some good comic relief and levity. Like I said, I haven’t seen it, I’m just looking forward to it.”

There you have it, folks. We might be getting more Justice League films in the future and hopefully soon. There are so many ways DC Entertainment can take these films down the road that Marvel films haven’t touched yet. The fans are hungry for more and Warner Bros needs to grab hold of that market while it’s still hot.

There it is from the man himself.

Justice League is set for a November 17th release date.