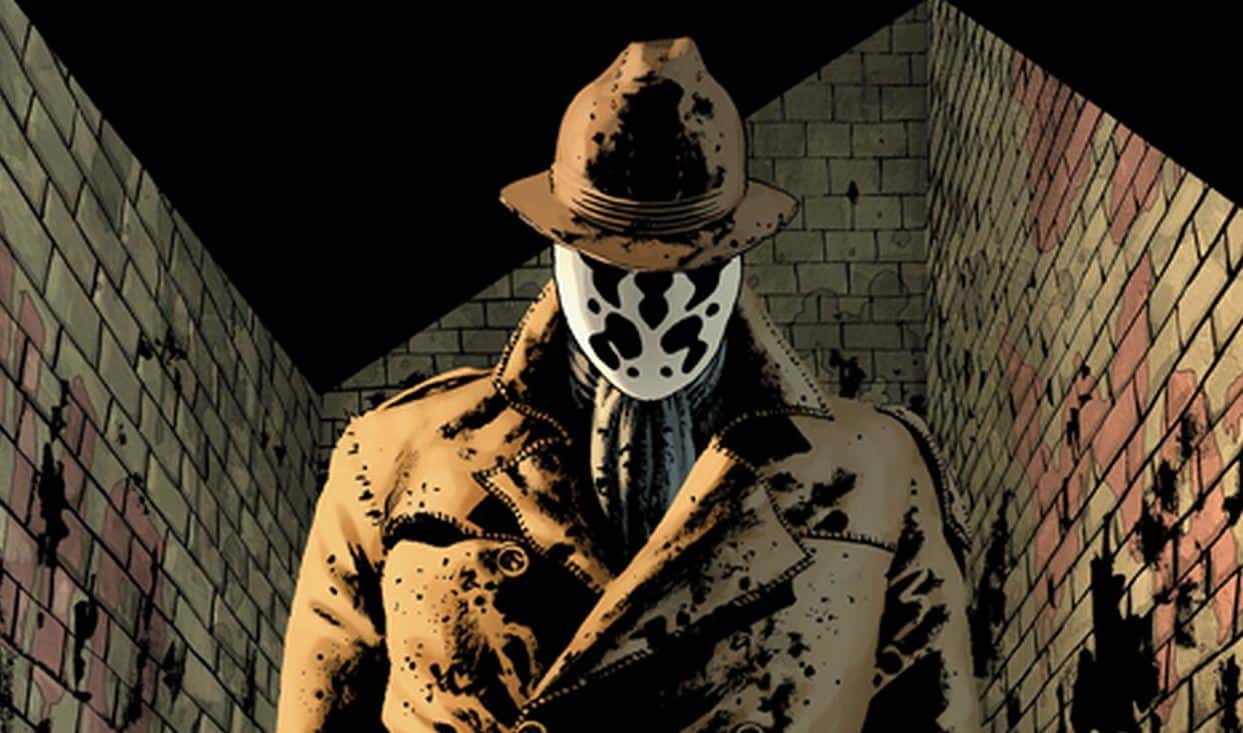 Geoff Johns’ Doomsday Clock has been revealed at New York Comic Con to be a direct sequel to Watchmen.

The characters from Watchmen will cross over with the DC heroes, such as Superman, Barman, and The Flash. Set up in the last few panels of DC Rebirth we saw the familiar blood stained pin embedded into the wall of the batcave.

This was the beginning of one of the biggest crossovers in Comic book history. It brings the characters created by Alan Moore and Dave Gibbons into the wider DC Universe.

It also suggests that someone, mist likely Dr Manhattan has been disrupting DC’s Heroes and creating the New 52. 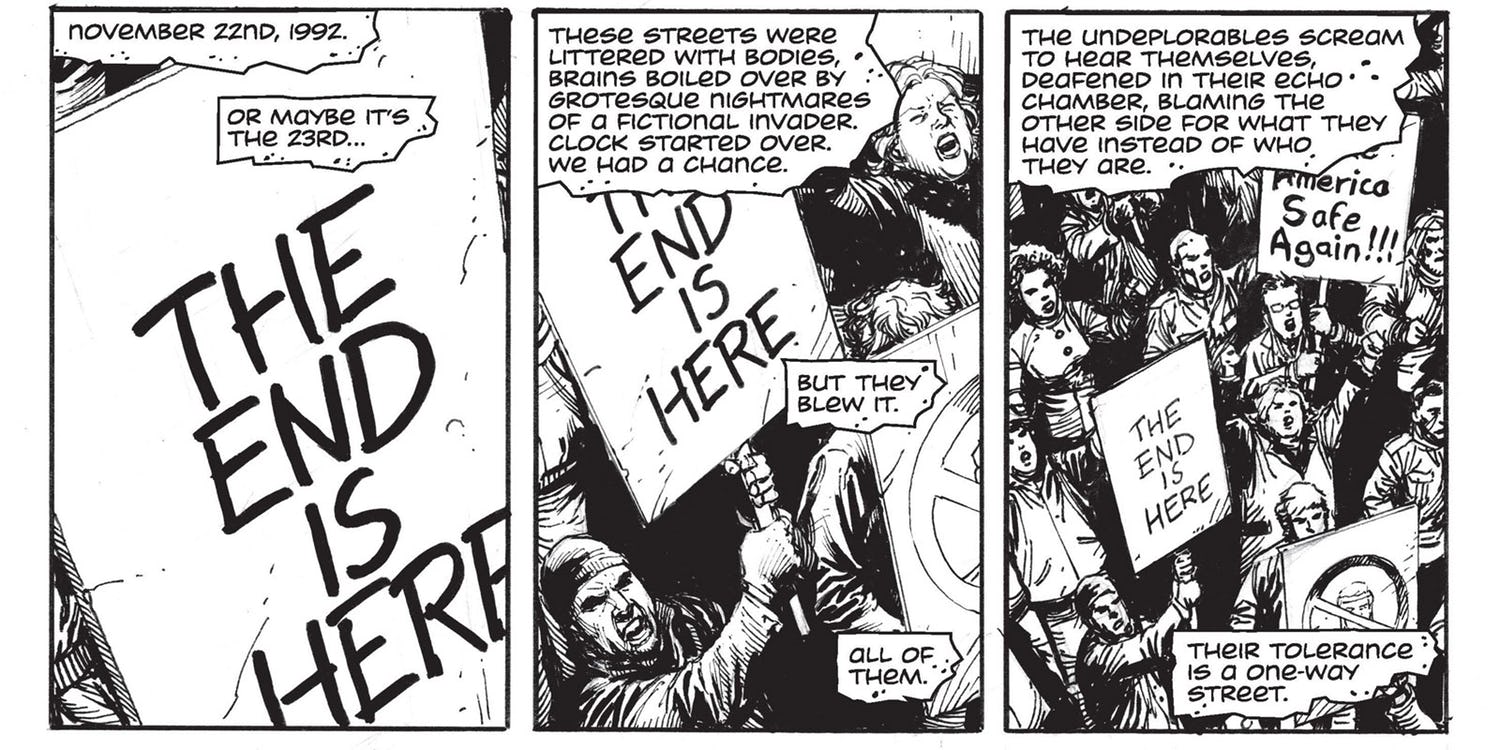 Screen Rant were given exclusive access to a Doomsday Clock event with Geoff Johns and were given the first six pages.

The interesting thing is it is set in the 90’s and Rorshach appears to be alive and kicking. How this is possible remains to be seen, but in the little information we have. The style of the art and the writing appear to be in line with the original graphic novel.

The six pages appear to be following on from the closing panels of Watchmen, with a mob surrounding Adrian Veidt’s (Ozymandias) company building.

Does this mean Rorschach’s journal has been published? Do the people know the extreme lengths Ozymandias went to for world peace?

How do our DC heroes got in to this storyline? And where is DR Manhattan, Night Owl and Silk Spectre?

Only time will tell, and you can get your copy November 22nd.