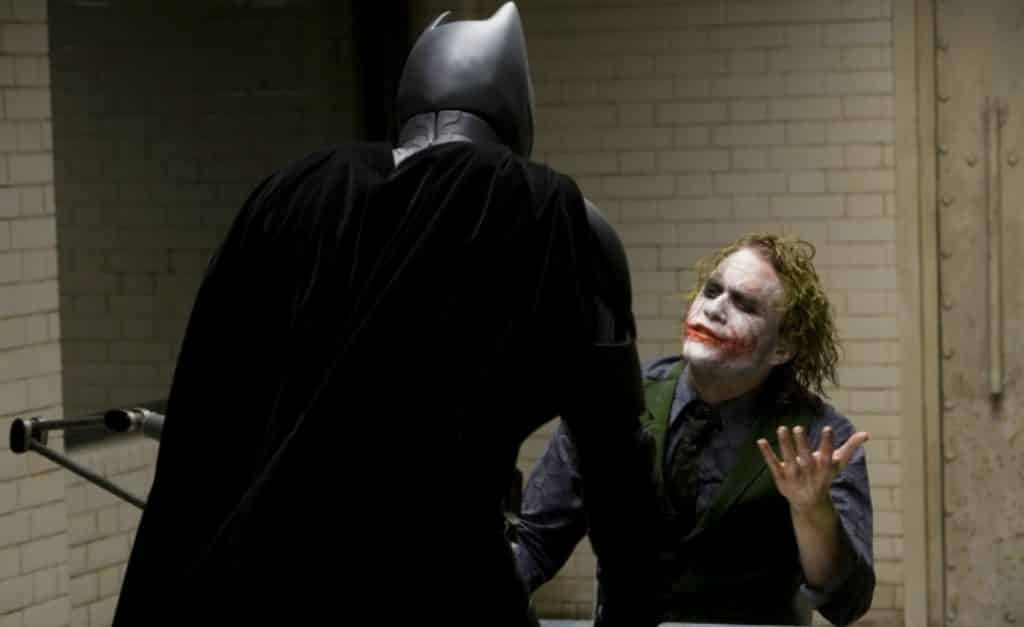 Heath Ledger’s performance as The Joker in 2008’s The Dark Knight is regarded by many as the best portrayal of the iconic DC Comics villain – ever.

Ledger sadly passed away after the film completed filming, but that didn’t stop The Academy from awarding the actor with an Oscar for his amazing work.

A performance like that requires a lot of dedication, something Ledger obviously had a lot of, but in a recent interview with THR, Batman star Christian Bale revealed just how intense the actor was during filming:

“As you see in the movie, Batman starts beating the Joker and realizes that this is not your ordinary foe. Because the more I beat him the more he enjoys it. The more I’m giving him satisfaction. Heath was behaving in a very similar fashion. He was kinda egging me on. I was saying, “You know what, I really don’t need to actually hit you. It’s going to look just as good if I don’t.” And he’s going, “Go on. Go on. Go on….” He was slamming himself around, and there were tiled walls inside of that set which were cracked and dented from him hurling himself into them. His commitment was total.”

A story like this isn’t exactly surprising, given Bale and Ledger’s wonderful chemistry throughout the movie.

We’ll eventually get a new Batman movie from director Matt Reeves, who said that it’ll be a much different movie than The Dark Knight:

Hopefully, it’ll be as good as The Dark Knight, or even better.

What do you think of The Dark Knight? Be sure to tell us your thoughts in the comments!