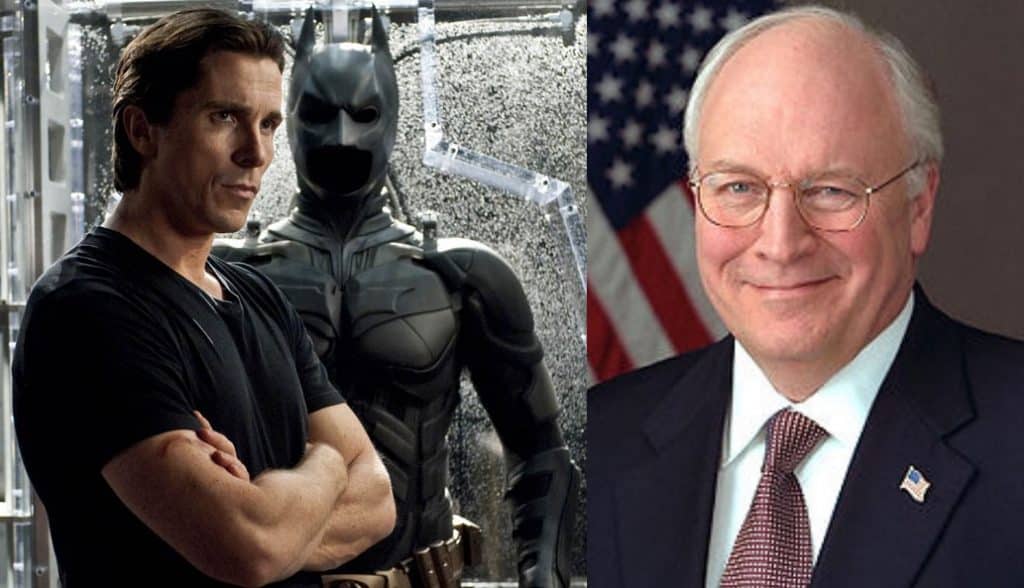 Christian Bale has once again undergone quite a transformation for his next big role. The actor is almost unrecognizable in set photos for the upcoming Dick Cheney biopic, Backseat. From director Adam McKay (The Big Short), the film also stars Amy Adams, Steve Carell, Tyler Perry and Steve Rockwell. Backseat follows the career of United States Vice President Dick Cheney from his early days in the Nixon and Ford administrations and also covers his controversial time as Vice President.

This is not the first role Bale has dramatically changed his appearance for. His Oscar nominated performance of Michael Burry in The Big Short saw him undergo quite a change but his portrayal of Dick Cheney is a whole new challenge entirely. Much like for his character in American Hustle, Bale needed to pack on the pounds for his portrayal of the former VP. The set photos show us that Bale has risen to the challenge, proving that he is massively dedicated to his work.

The pictures posted to Imgur show just how dedicated the actor is. Some images show Bale as a young Cheney while others reveal him in much later years, with Bale donning specs and a bald cap to achieve an authentic look. There are pictures of the actor in a hospital gown, indicating that the flick will cover the medical issues experiences by Cheney while in office.

The film’s title likely comes from the fact that many saw Cheney as a “backseat” or shadow president. While most vice presidents are seen as insignificant figures, Cheney took quite an amount of power while working during the Bush administration.

Bale’s performance isn’t the only thing to look forward to in Backseat. With McKay behind the camera it is expected to be a strangely entertaining take, just as was the case with The Big Short.

What do you think of Bale’s new look? Be sure to tell us in the comment section!

Continue Reading
You may also like...
Related Topics:backseat, Christian Bale

Why HULK Is Smarter In THOR: RAGNAROK
Tyrese Gibson Threatens To Leave ‘Fast & Furious’ Franchise Over The Rock
Advertisement
Advertisement
To Top