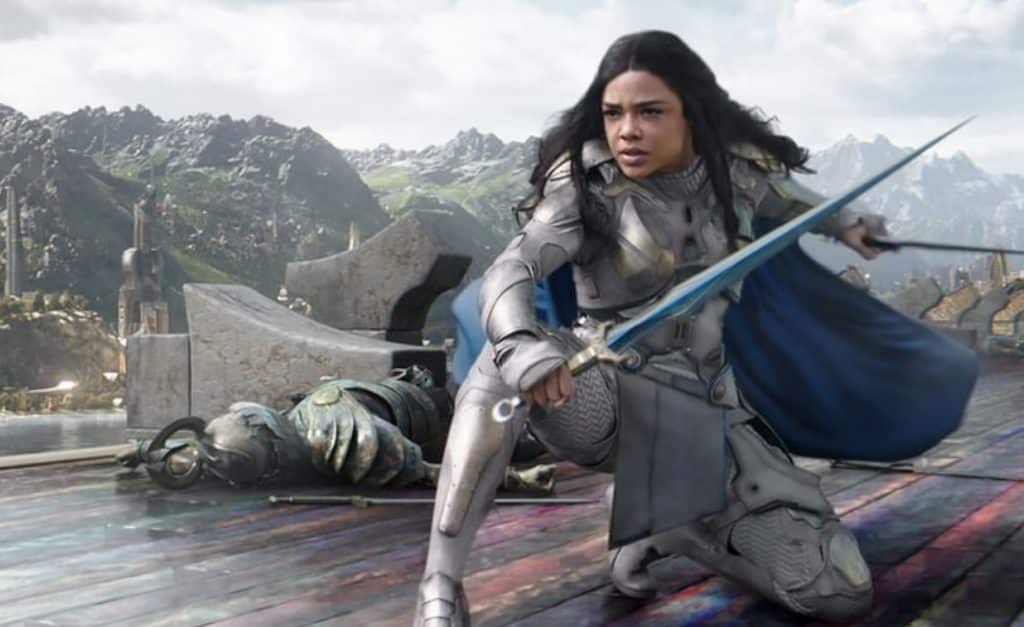 Last week, Tessa Thomspon, who plays Valkyrie in Thor: Ragnarok, revealed that the character was bisexual, a first for the Marvel Cinematic Universe. It gathered some mixed reactions, which prompted Thompson to clarify her comments:

YES! Val is Bi in the comics & I was faithful to that in her depiction. But her sexuality isn’t explicitly addressed in Thor: Ragnarok. https://t.co/hmb5lYN5to

In an interview with Rolling Stone, Thompson revealed there was actually a scene (that was cut) that hinted to the character’s sexuality:

Thompson even summoned the courage to pitch Waititi on making Valkyrie bisexual, based on her comic book relationship with anthropologist Annabelle Riggs. “There’s this great illustration of them in a kiss,” swoons Thompson, and while Valkyrie has yet to meet Annabelle in her Hollywood timeline – and who knows if she’ll get to – she convinced Waititi to shoot a glimpse of a woman walking out of Valkyrie’s bedroom. He kept it in the film as long as he could; eventually the bit had to be cut because it distracted from the scene’s vital exposition.

“There were things that we talked about that we allowed to exist in the characterization, but maybe not be explicit in the film… There’s a great shot of me falling back from one of my sisters who’s just been slain. In my mind, that was my lover.”

So, it was apparently cut because it took away from more important parts of that specific scene. It would have been pretty interesting to see, – but probably not as interesting as fan reaction would be.

Ragnarok also features The MCU’s first nude scene, though it’s probably not what you’re thinking it is.

The film’s synopsis reads: Imprisoned on the other side of the universe, the mighty Thor finds himself in a deadly gladiatorial contest that pits him against the Hulk, his former ally and fellow Avenger. Thor’s quest for survival leads him in a race against time to prevent the all-powerful Hela from destroying his home world and the Asgardian civilization.

What do you think of the scene being cut from Thor: Ragnarok? Do you think it should have stayed in the movie? Be sure to tell us your thoughts in the comment section!