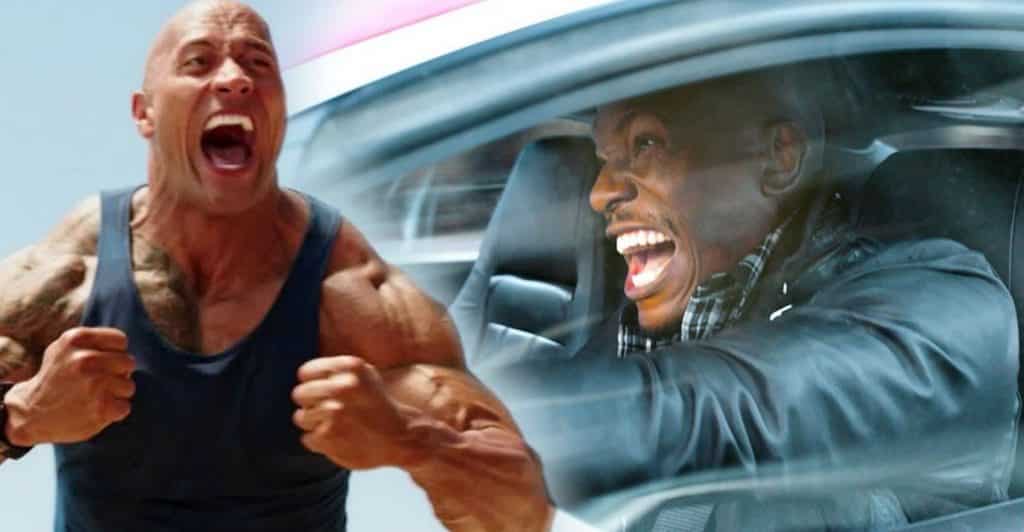 There has been quite a bit of drama as of late behind the scenes of the Fast & Furious franchise. First, it was with Vin Diesel and Dwayne ‘The Rock’ Johnson, then moved to Tyrese Gibson and The Rock.

Tyrese posted a video via TMZ in which he had a meltdown (understandably) about a recent court case over his daughter:

Now, there’s more with Tyrese and The Rock, but it’s gotten pretty crazy. Gibson took to Instagram to reveal that if The Rock is in the next installment – Tyrese won’t be a part of it:

The Rock signed on for a Fast & Furious spin-off movie that delayed the production of the 9th film in the franchise, and that’s when Gibson apparently became very frustrated. At the beginning of last month, the actor blasted The Rock on Instagram:

“Congratulations to The Rock and your brother in law aka 7 Bucks producing partner for making The Fast and the Furious franchise about YOU – And like you, DJ even if they call I will not be deleting this post – Gn folks see you in 2020 April #FastFamily right? Nah… it’s about #TeamDewayne. 3 yrs will it be worth the wait? #NoShaw just Hobbs will this be another #BayWatch? Guys guys just relax I’m just a passionate film critic.”

The film’s lead actor, Vin Diesel, responded to the delay, but wasn’t quite as intense as Gibson. We’re guessing if the studio has to choose between Tyrese and The Rock – it’ll be a pretty easy choice.

What do you think of the feud? Whose side are you on? Be sure to tell us your thoughts in the comment section!