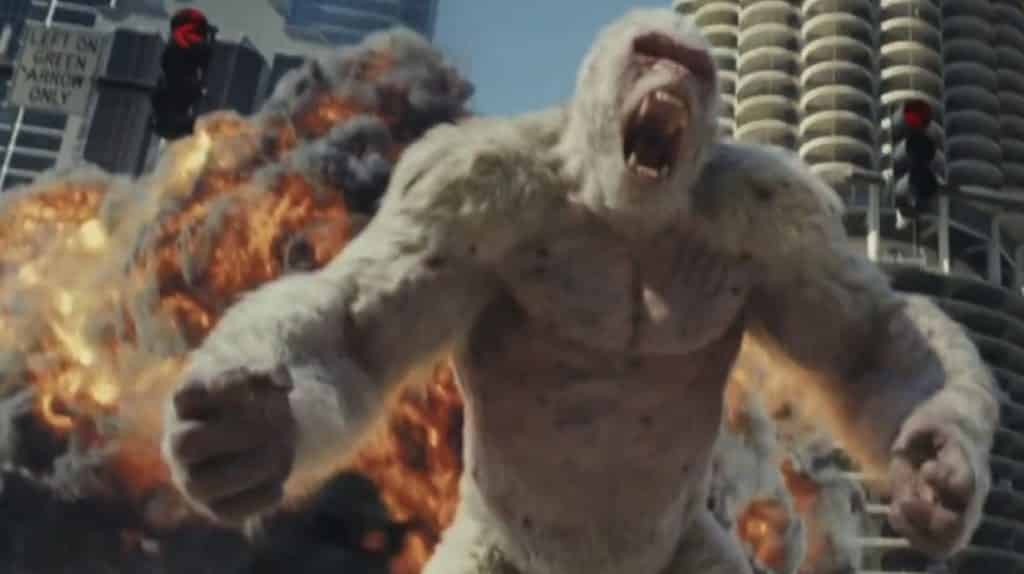 The first trailer for the upcoming movie adaptation of the popular video game, Rampage, starring Dwayne ‘The Rock’ Johnson has hit the internet, and it definitely looks like it’ll be an interesting one.

This is my best friend, George. A rare gigantic albino Silverback.
I love animals because they’re honest. If they like you, they lick you. If they don’t, they eat you.
Our #RAMPAGEMovie trailer drops TOMORROW at 5PM EST/2PM PST. #BigMeetsBigger #GorillaLickage #RAMPAGEMovie pic.twitter.com/aUhKe8Wr9U

The film’s synopsis: Primatologist Davis Okoye (Johnson), a man who keeps people at a distance, shares an unshakable bond with George, the extraordinarily intelligent, silverback gorilla who has been in his care since birth. But a rogue genetic experiment gone awry transforms this gentle ape into a raging monster. To make matters worse, it’s soon discovered there are other similarly altered alpha predators. As these newly created monsters tear across North America, destroying everything in their path, Okoye teams with a discredited genetic engineer to secure an antidote, fighting his way through an ever-changing battlefield, not only to halt a global catastrophe but to save the fearsome creature that was once his friend.

What’d you think of the trailer? Were you a fan of the video game? Be sure to tell us your thoughts in the comment section below!

Continue Reading
You may also like...
Related Topics:Dwayne johnson, Rampage, The Rock