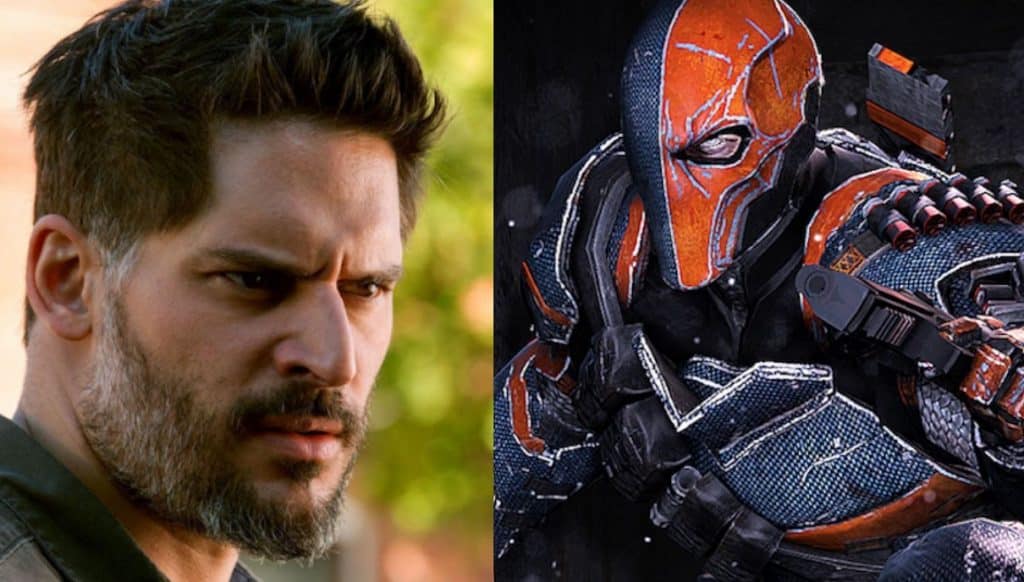 DCEU spoilers ahead! Earlier this month, it was revealed that Warner Bros. are planning a solo movie for Deathstroke, which will star Joe Manganiello as the title character. Now, according to some apparent leaked footage from Justice League, we have our first look at the character!

It’s definitely interesting, because we weren’t actually sure when we’d see the character actually debut in the DC Films Universe. He was supposed to be in the solo Batman movie, but when Warner Bros. decided to scrap Ben Affleck’s version, new director Matt Reeves wrote the character out.

Reeves described his version of the character as more personal:

“For me, what’s always important is to try and find a personal way in. In that way, I do feel like I relate to actors. It’s about understanding emotionally, the way something is. I see this parallel between Caesar and Batman, really, which is this idea of these characters who are grappling with their own struggle and trying to do the right thing in an imperfect world and, so, I do really relate it to that kind of idea.”

With Affleck’s future as Batman now uncertain, who knows if we’ll actually get to see Affleck’s version go against Deathstroke. DC Films seem to take a pretty unpredictable approach, so maybe Batman will be in the solo Deathstroke movie. Who knows at this point?

As for Justice League, the early reviews suggest that it’ll be a pretty good movie, so we have that to look forward to.

How do you feel about this news? Would you like to see Deathstroke in a future Batman movie? Be sure to tell us your thoughts in the comments!