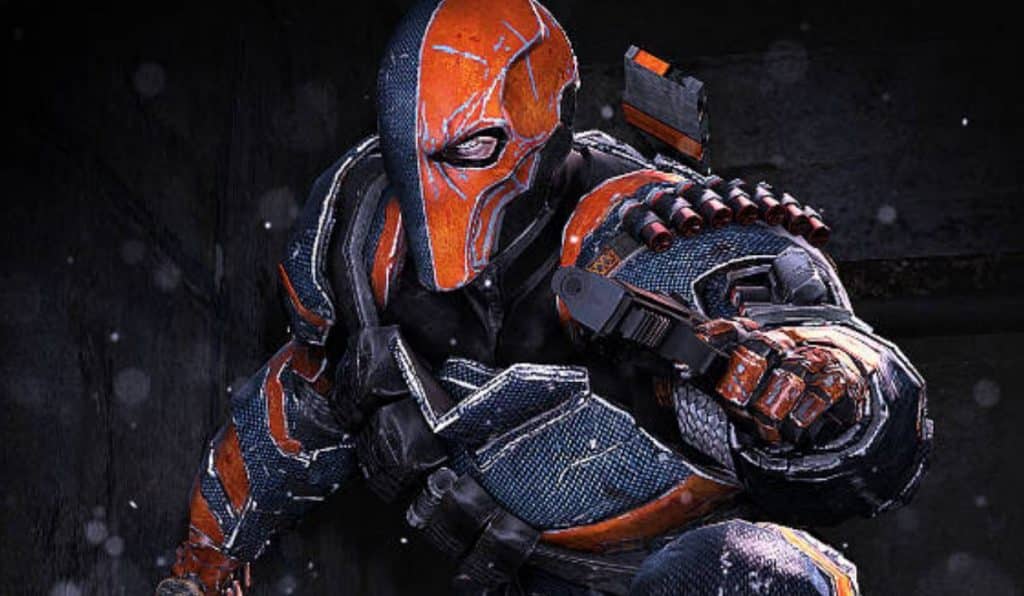 In the latest edition of who DC Comics is deciding to give their own solo movie this week, a new report suggests says that it’ll be Deathstroke. The character was originally supposed to be in Ben Affleck’s solo Batman movie but apparently Matt Reeves ended up writing the character out of the movie after he came aboard and rewrote the script. We think.

The report on the DC character’s solo movie comes from The Wrap:

After it was learned that Warner Bros. would be making an origin movie for The Joker, this news isn’t exactly surprising – though fans seem to be divided on it:

“Joe…sorry to say Deathstroke has been cut from JL & Batman script.”
J: Really?! WELL FUC-
“We’re gonna give you your own movie instead.” pic.twitter.com/RFsJHnNQYX

Warner Bros/DC continues to be filmmaker driven. Gareth Evans is strong in stylized, hyperviolent action & is perfect for #Deathstroke.

I mean, you really can’t do much better than #Deathstroke + Evans + Manganiello. That’s some #AllIn shit right there.

[gets incredibly excited about Deathstroke film]

[remembers how many other DC films are currently in development] pic.twitter.com/Au09Gbg587

Honestly, my 1st thought re #Deathstroke movie? Cast someone else besides #JoeManganiello – news ain’t even trending & already have #Momoa

Deathstroke movie is a bad idea. DC movie by Gareth Evans is a great idea. Just give him something else pls…

We’ll keep you posted on this as it develops, although at this rate, it might be hard to keep up with all of the DC movies that are currently in development.

What do you think of this move? Are you excited about a potential Deathstroke movie? Be sure to tell us your thoughts in the comments!

Continue Reading
You may also like...
Related Topics:DC Comics, Deathstroke

How To Do A Remake of ‘A Nightmare On Elm Street’
U.K. Authorities Say They Have A Killer Clown Problem
Advertisement
To Top