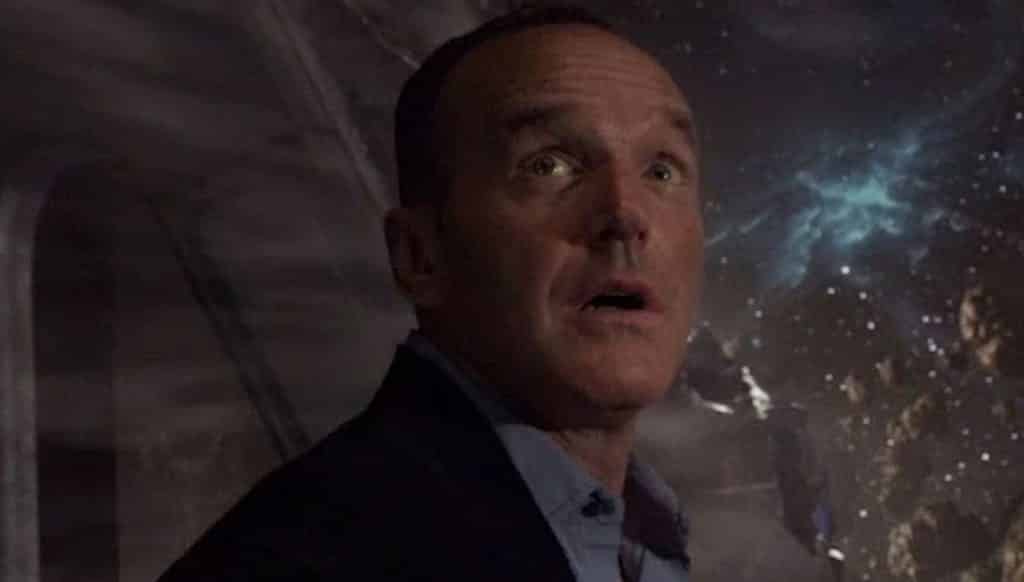 Though it’s special two-hour premiere isn’t until Friday, Marvel TV have been kind enough to gift fans with a sneak peak at the first few minutes from Agents of SHIELD Season 5.

The previous season saw Coulson and co. once again save the world- this time with the help of Ghost Rider. But celebration was short lived when they were faced with a mysterious new foe. The team are kidnapped and taken to shop deep in space. This left us on quite an unbearable cliffhanger and fans are thirsty for answers as to what exactly this is all about.

Could we perhaps meet the Inhumans or is S.H.I.E.L.D. about to clash with S.W.O.R.D.? Whatever answers await us, it is certainly setting up to be an explosive season. New characters such as Deke, Tess, Flint and Grill have been added to the mix and lets hope that this isn’t at the expensive of the classic and beloved characters we already have.

“We’re so proud of the way that Marvel’s Agents of S.H.I.E.L.D. has grown creatively every season. The series is a top performer for us especially in delayed viewing where we see almost triple-digit increases,”Channing Dungey, president, ABC Entertainment, said in a statement. “Season five is their strongest season yet, and we can’t wait for the fans to see it. We feel that the move to Friday, creating a ‘genre night’ on ABC, appeals to the show’s loyal fan base.”

Are you looking forward to the show’s premiere? Be sure to tell us your thoughts in the comments!

Continue Reading
You may also like...
Related Topics:Agents of SHIELD, Marvel, MCU