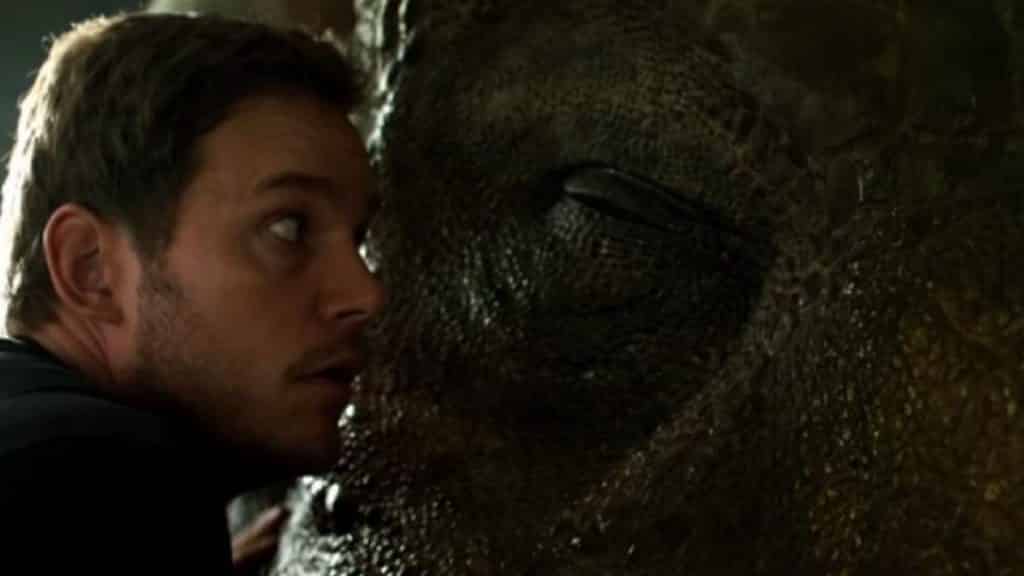 The first trailer for Jurassic World: Fallen Kingdom is here – and fans of the franchise are definitely going to be excited!

After we were given our first look at the film this past Thanksgiving, buzz for the film was at an all time high, and after a few teasers leading up to this big reveal, fans finally have the first full length trailer:

The film will take place “several years” after the last film on the island of Isla Nublar which is still being run by the dinosaurs that took over in the previous installment of the series. When a volcano threatens to wipe out the island, it’s up to Chris Pratt‘s Owen Grady Bryce Dallas Howard’s Claire Dearing to prevent the dinosaurs from going extinct again.

“Claire’s founded an organization, Dinosaur Protection Group, and they’re finding a way to get these dinosaurs off the island. She reaches out to Owen Grady to let him know this is happening. It’s complicated. When you see them at the beginning of this story, you get caught up as to what’s going on, but it’s not what you would necessarily expect.”

While this premise does sound interesting (and better than that crime fighting Velociraptor idea that I heard that Universal was kicking around earlier) what really has me excited is the return of Jeff Goldblum as Ian Malcolm. The film’s director, J.A. Bayona., said:

“I had to overcome the impact of being in front of Ian Malcolm. After so many years, Jeff Goldblum was in front of a camera again talking about dinosaurs!”

I can never get enough Goldblum and having him revisit his career defining role as quirky voice of reason Dr. Malcolm is reason enough to see this!

What do you think of the trailer? Will you be seeing Jurassic World: Fallen Kingdom? Be sure to tell us all of your thoughts in the comments!