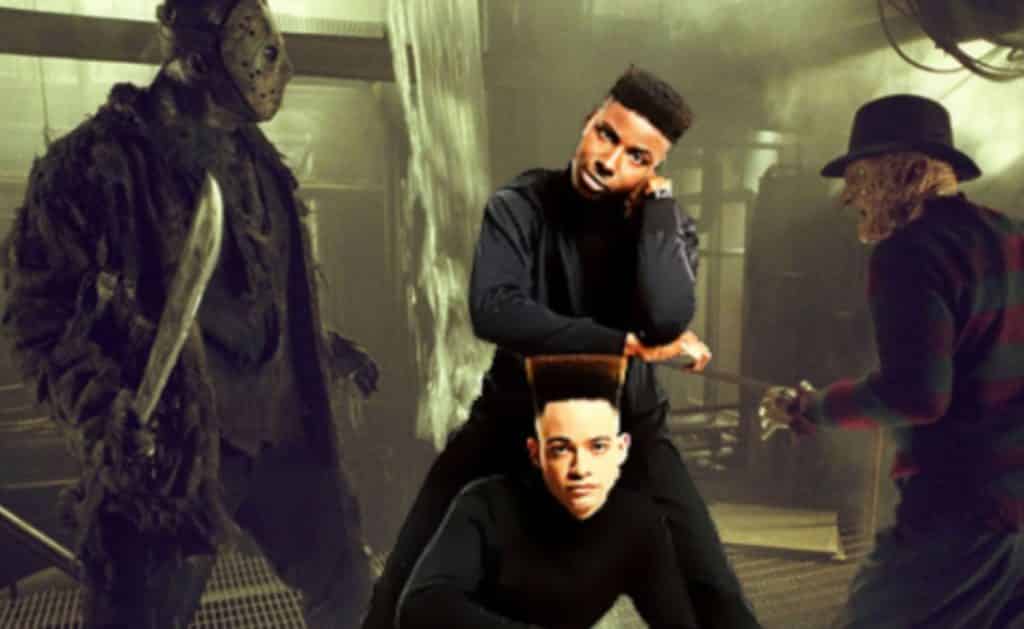 When New Line Cinema bought the rights to the Friday the 13th franchise in the 1990s, most fans didn’t know what to expect. With the ending of Jason Goes to Hell, however, it was officially revealed that Jason Voorhees would be facing off with New Line’s Freddy Krueger – although it turns out another New Line property was going to be in the mix. And no, it’s not one you’d ever think of crossing over with Freddy and Jason – it was hip hop duo Kid ‘n Play, in what would have been Freddy vs. Jason vs. Kid ‘N Play.

As we all know, Freddy vs. Jason would eventually be released in 2003 after years in development hell. But a special effects artist from Jason Goes to Hell named Al Magliochetti explained to Bloody-Disgusting the rumor of Kid ‘n Play fighting against Freddy and Jason.

“I’d actually heard rumors about a Jason/Freddy mash-up about a year before I got involved with Jason Goes to Hell, but at the time it was being talked about as a comedy with Jason and Freddy matching wits (or half-wits, as the case may be) with Kid n’ Play (remember them?) in a kind of an ‘Abbott and Costello meet Frankenstein’ spoof. Obviously that never came to pass.”

It’s interesting because Friday the 13th: Part VI: Jason Lives writer/director Tom McLoughlin had pitched a similar concept to Paramount even further before. Although instead of Kid ‘n Play, the filmmaker would’ve seen Jason fight it out with comedy duo Cheech and Chong.

I’m glad neither of these turned out like they were planned, while the Freddy vs. Jason we got wasn’t the best, it’s surely better than the saturated self-parody we would’ve gotten had these other crossovers been made.

How do you feel about Freddy and Jason fighting Kid ‘n Play or even Cheech and Chong? Let us know in the comments section down below!