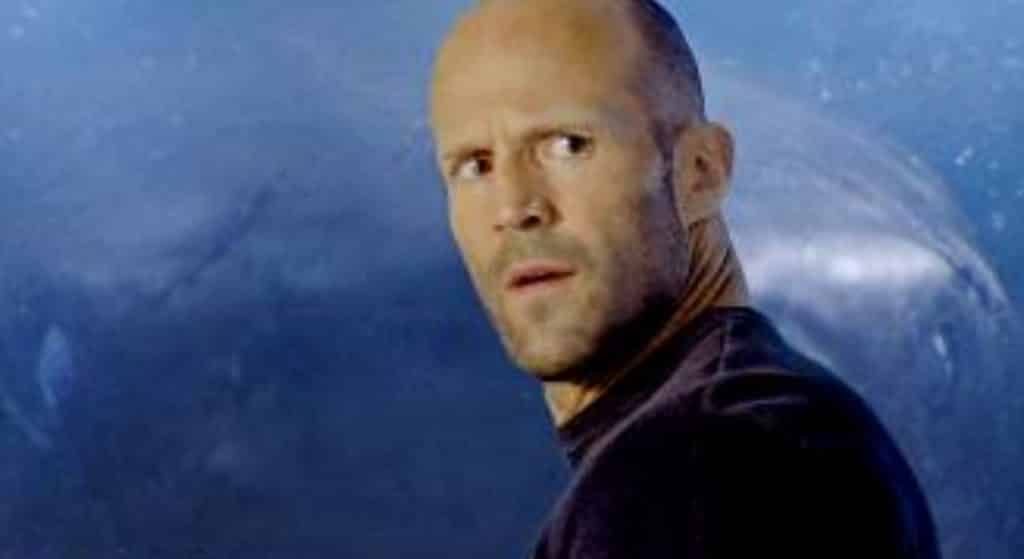 Seemingly emerging from the exact same ideas factory that bought you Dwayne Johnson vs The San Andreas Fault, we’re now getting Jason Statham vs a Dinosaur Shark, as next year’s The Meg sees Derbyshire’s hardest export high-kicking a 70 foot long Megaladon.

Based on a series of 90’s fantasy novels by author Steve Alten, the Meg stories see US Navy Officer Jonas Taylor surviving a horrifying attack whilst on a mission at the bottom of the Marianas Trench. With half his dive team wiped out by a gigantic prehistoric predator, and nobody believing his version of events, Taylor is disgraced and dishonourably discharged from the military.

He subsequently finds himself pressed back into a rescue mission several years later when the same monster emerges from the depths and strands a deep sea submersible on the ocean floor. It also transpires that said stranded submarine also happens to contain Taylor’s ex-wife, adding to the former soldier’s personal issues with the marauding sea beast.

This week, Empire Magazine have gone and dropped the first image from the movie, which show the Stath on his usual irrepressible form, framed against a gigantic set of prehistoric teeth approach from outside the window he is standing next to.

The project has been around in some shape or form since way back in 2006, when original director Jan De Bont was touting storyboards and a fibreglass model of his monster on the boardwalks of Cannes in search of foreign investment. His repeated demands for a $200m budget sparked a series of protracted battles with New Line Cinema, to the point where eventually the rights reverted back to Steve Alten, who then sold them to Warner Brothers.

With the sour taste that 1987’s Jaws: The Revenge left in the mouths of cinema goers, shark movies ended up going the same way as Steven Spielberg’s most famous creation, sinking slowly down into the depths of cinematic history.An intriguing attempt at a resurgence in 1999 would see The Punisher (Thomas Jane) taking on steroid-enhanced sharks in the enjoyably daft Deep Blue Sea, but it wouldn’t be until more recently, with a whole slew of budget SyFy channel releases that the idea of using a fish as a bad guy even remotely occurred to the movie industry.

With a PG-13 rating, and a director attached who has a track record of delivering reliable family-friendly affairs, it’s likely that the project will be low on gore, and very high on cutting edge special effects. That said, with the story based in China, and the movie already slotted in for a Chinese premiere, it will almost certainly be a massive financial hit for the studio, kick-starting a whole franchise of ‘Stath Vs Sea Creature’ stories.

Continue Reading
You may also like...
Related Topics:Jason Statham, The Meg