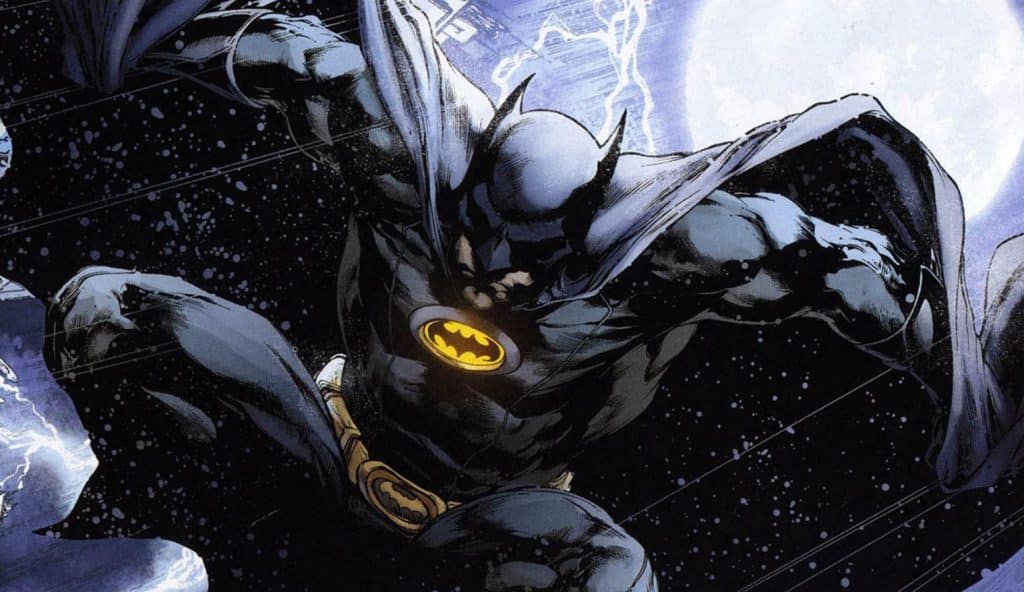 Batman is a transgender supporter, with the main comic books keeping the message clear about the DC Rebirth. While some of the most diehard fans might not have paid attention to Bruce Wayne’s stance on the topic, this new direction will make it more obvious. The relaunch of the Batman title series brought Rebirth to it, while Detective Comics united the rest of the Batman team. Batwoman, who is an LGTBQ supporter, leads the team. Dr. Victoria October doesn’t hide that she is transgender as well, and is a new scientist added to the team.

The support in a comic setting was surprising and very much appreciated. However, it gained a lot of hate from people who thought Detective could have done a better job making the message heard. It turns out, it was only the beginning, and James Tynion IV and Marguerite Bennett have since published more issues to further this unifying goal.

While other publishers might be getting attacked for using transgender conversation to bolster their sales, Detective is doing more than showing transgender characters in their stories. They are showing non-LGBTQ members that identity is a meaningful issue for people and what it means and doesn’t mean. This has been done by Victoria being shown as an important friend to Batman, who even congratulates her for her transition with a card he signed with his moniker, showing they were friends before she became Victoria. She leaves and only comes back when she will be a great ally to him. 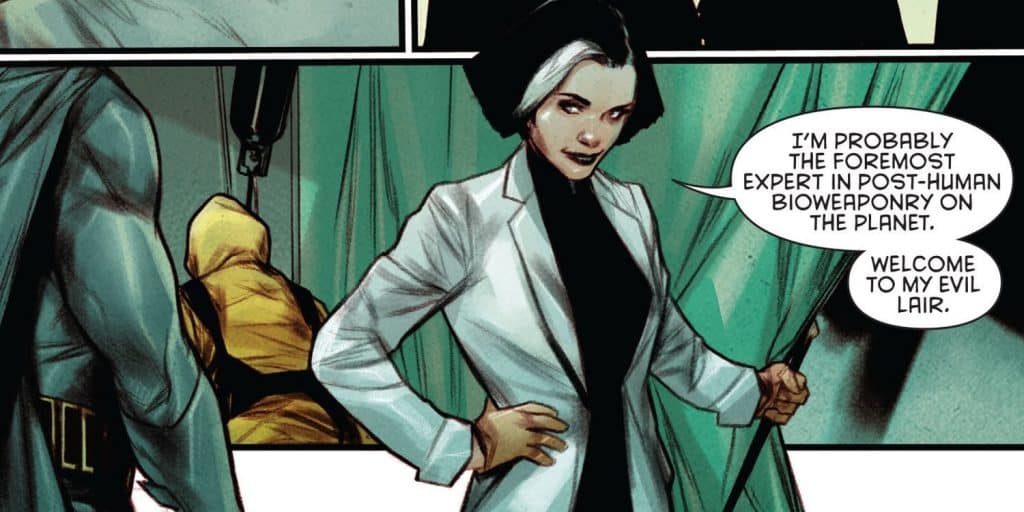 When she does return, in Issue #959, she reveals her specialty in modified human genetics and physiology. She uses her education and experience to interrogate a Dwarfling Servant. When she does, she uses a pronoun the servant objects to. She apologizes for being so “thoughtless” and allows the servant to choose its preferred pronoun and species. It says a lot, but is just as heartfelt as Victoria’s introduction. Not only does this align with some of the issues that are happening these days, it also shows the LGBTQ community support.

The story takes a turn when Dr. October finds a cure for Clayface, which would return him to his human form. When he is human, his known as Basil Karlo. Of course, Basil cannot reconcile the actions of his evil personality and feels guilty, not worthy of redemption. Victoria knows where he is coming from, as she has felt haunted by not really knowing who she was before her transition. She goes on to tell him that she had depression and other symptoms she thought transitioning would “cure”, but they didn’t. 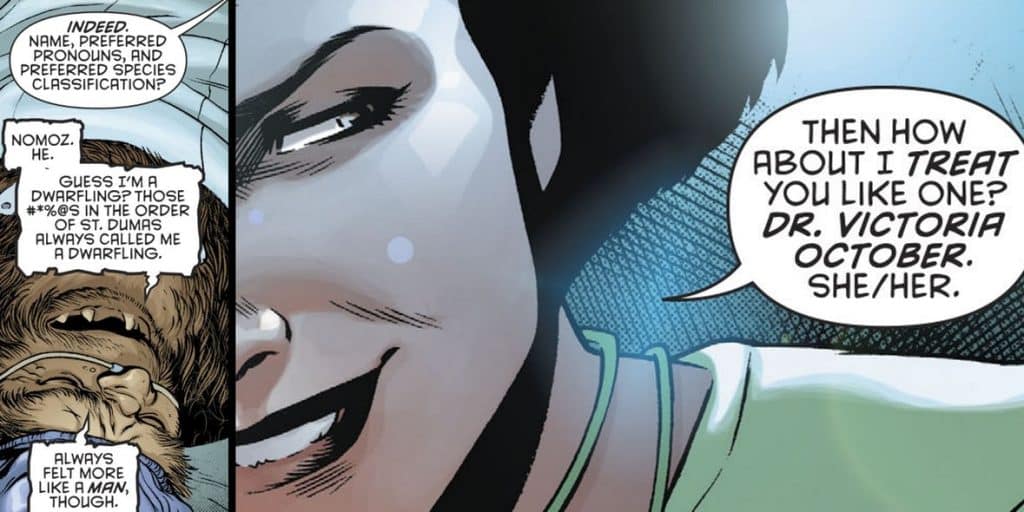 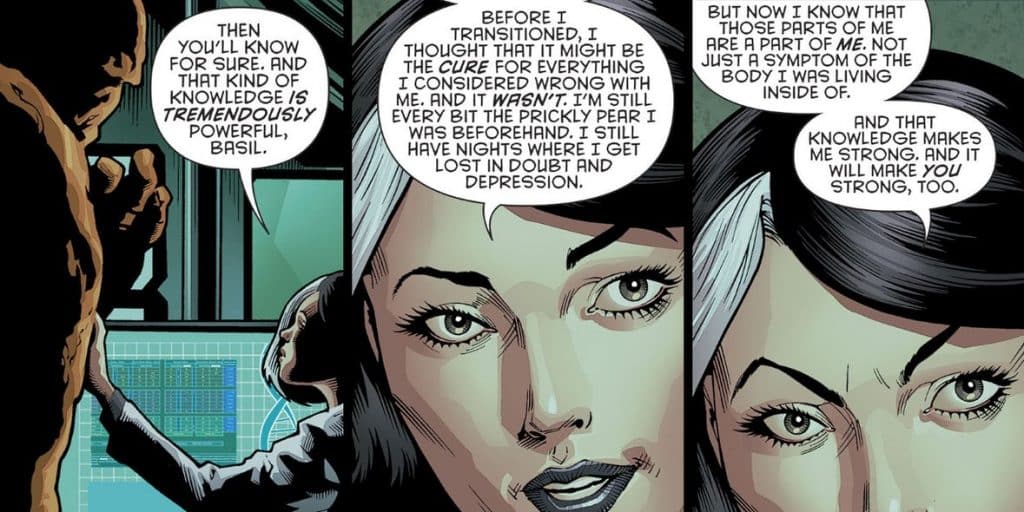 Tynion’s message here is a big one. Victoria has compassion for this character, but struggles with some of the things he does as well. Though it is tiresome, she states there is a victory that comes from knowing the issues aren’t attached to identity, and they are more organic by nature. Anyone can find comfort in those words. Though the message might not be in the readers’ faces, those who are looking for some understanding will see it. They’re who it is truly meant for.