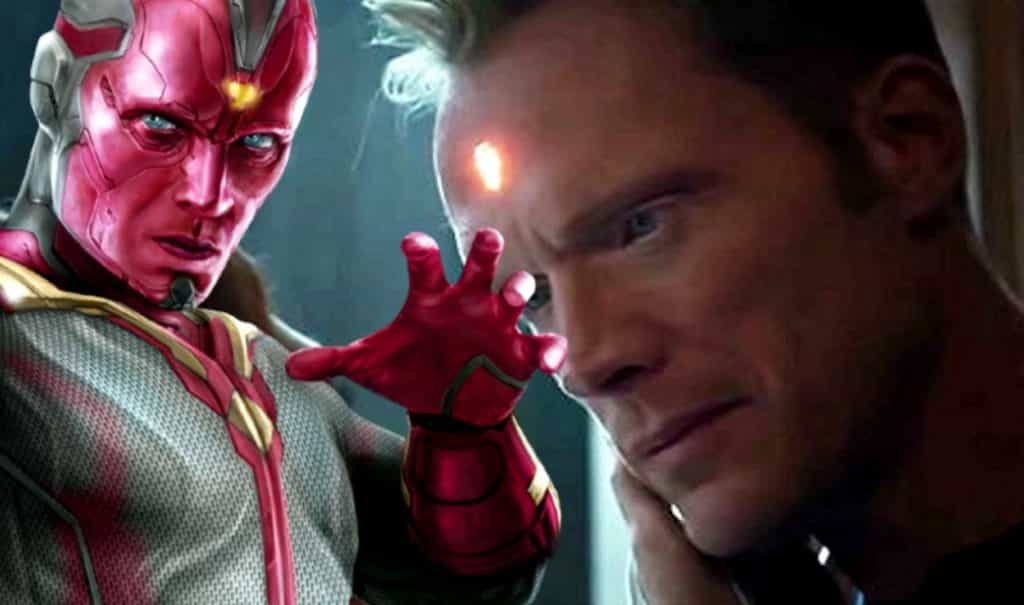 From J.A.R.V.I.S to the Vision, Paul Bettany has had a major shift in the characters he portrays in The Avengers. As we all know, in The Avengers 2, the Tony Stark created artificial intelligence made to assist Pepper Potts was given a body, and thanks to the Mind Stone, then became the Vision. With the Vision appearing in both Avengers: Infinity War and the so far untitled Avengers 4, Paul Bettany had a lot on his plate, especially when it came to makeup.

The back-to-back release of these two films meant that Bettany spent many hours sitting as the makeup team created the famous fuchsia hero. The makeup for the Vision, however, was something that Bettany seemed to have not taken into consideration prior to taking on the role.

“Joss came to show me the initial drawings and stuff. I totally flipped. I didn’t think for a minute what that was actually going to mean to me physically.”

And was he ever correct. The fuchsia makeup is about the simplest thing that goes into the creation of the Vision. On top of the meticulous face painting there is a prosthetic headdress that gets glued down onto his head. This whole process alone, according to Bethany, takes about an hour and half.

“It’s amazingly quick, I think, for what’s being accomplished.”

After the face and head are completely finished, Bettany then gets fitted into his body suit. This process, while seemingly a lot easier than the makeup portion, has actually more to it than it seems. The suit itself is a cooling unit built into the lining, making sure Bettany doesn’t overheat. The fact that this actually is in the costume can just show how physically challenging the role can be.

Although this is all amazing, the big problem that not even makeup can hide is the question of the Vision and if he will lose to the relentless search of Thanos for the six Infinity Stones. Will he bite the bullet? Or survive to fight with the Avengers again? Only time will tell. Hopefully, it will get Marvel Cinematic Universe fans through this time in between now and the release of Avengers: Infinity War.

What’d you think of the video? Be sure to tell us your thoughts in the comments!