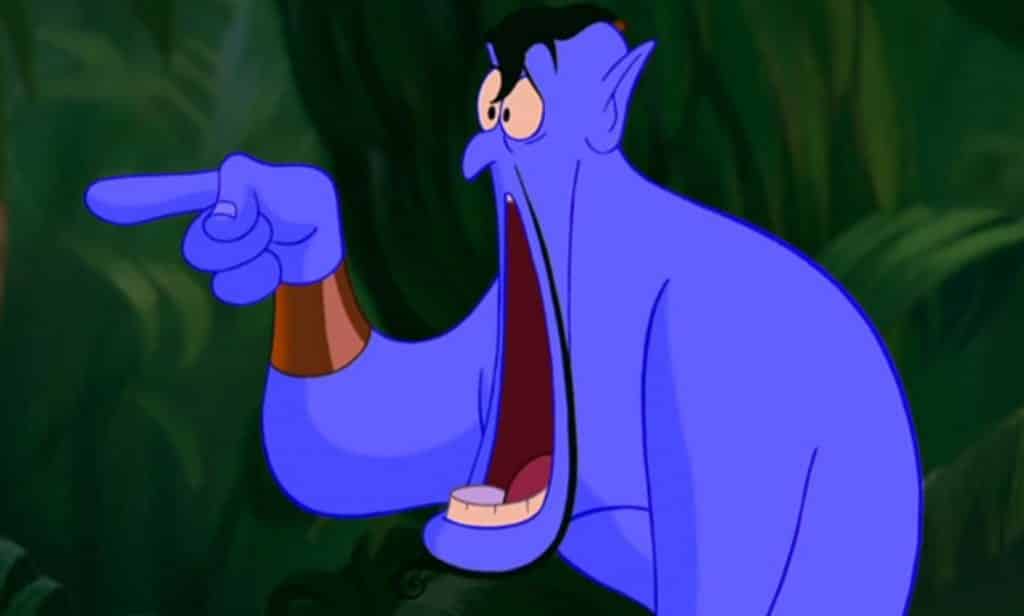 Disney’s Live Action adaption of Aladdin has had a pretty bad go of it so far. First, it was the controversy surrounding the casting of the Half-White, Half-Indian actress Naomi Scott as Jasmine, a role which many fans believed should by an actress of Arabic descent and now the production has been bit with another scandal, this time for supposedly ‘Browning Up’ it’s extras.

According to Deadline, news of this scandal was picked up by various media outlets in the U.K. who reported that the Guy Ritchie directed flick was apparently changing the ethnicity of some of it’s extras to look more Arabi Middle Eastern. One Extra on the film, by the name of Kaushal Odedra, reported seeing ‘as many as 20 “very fair skinned” actors in line “waiting to have their skin darkened.” This is clearly going to cause offence, especially as it is effectively a case of ‘Blackface’ a practice usually found in films in the early 20th Century.

Disney later released a statement in regards to these reports, where they confirmed that it had in fact taken place, however the statement reveals that there is a reason for it. You can check out the statement below.

“Great care was taken to put together one of the largest most diverse casts ever seen on screen, Diversity of our cast and background performers was a requirement and only in a handful of instances when it was a matter of specialty skills, safety and control (Special effects rigs, stunt performers and handling of animals) were crew made up to blend in.”

The reasoning does make sense if they only way they can get certain crew members, such as stuntmen and animal handlers onto the screen whilst maintaining its realism. The UK based production currently features over Four Hundred extras of Indian, Middle Eastern, African, Mediterranean or Asian.

I love @Disney so much. But when a PR person says they decided to put 100 people in Brownface in 2018 because not enough of us are qualified, that’s bs, someone just didn’t want to spend the $ to do it right. Let’s all expect more & do better this year.https://t.co/MzZJp6jvPB

Disney is ‘browning up’ actors for the new live action Aladdin??? Are you kidding me???? https://t.co/iIwwX2kMd4 pic.twitter.com/4vkXUAXX61

I’ve just read the Aladdin film has been ‘browning up’ white actors as they can’t find enough brown actors to fulfill the roles…which has got to be a joke. I mean, this was on the Daily Fail but if this is true, the film is going to be terrible + I am going to be fuming.

I remember when they called it make-up.https://t.co/KjGIUUXddq

Disney’s Aladdin is set for release in 2019 and features Mena Massoud as the titular hero, Naomi Scott as Princess Jasmine and Will Smith as the Genie.