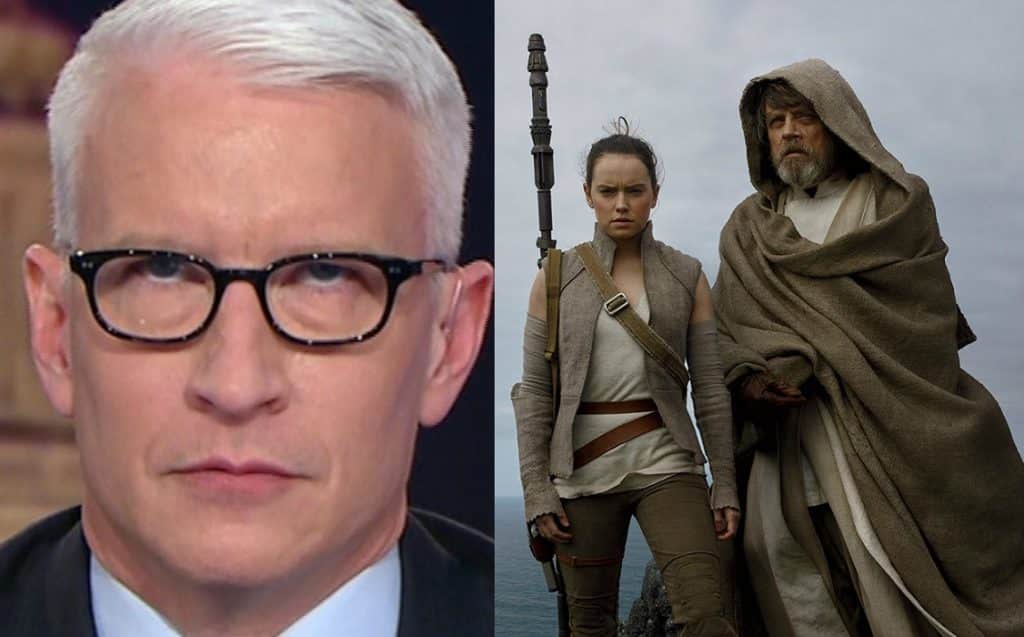 Star Wars: The Last Jedi was easily the most talked about movie of 2017, despite being released in December. There was fan backlash over the movie – just check any comment section on the internet to see what I mean. While there was no shortage of ridiculous fan reactions, the latest person to have a silly comment about the movie is none other than CNN’s Anderson Cooper.

Cooper revealed that he walked out of the movie about 45 minutes in – but not for the reason you might be thinking:

“I actually saw it last night. I walked out. I know, I know. I’m sorry I had a lot going on. I have a lot of work to do. It wasn’t a protest. I’m going to go see it again. I just had too much in my head.”

“Yeah, about 45 minutes in. I was like, ‘I’m not giving this the attention it deserves’.”

Maybe the next time Cooper sees the film, he can give it the attention it deserves. Whenever he gives his thoughts on the film, we’ll be sure to update this story accordingly so that all of you will be able to sleep well knowing what his opinion is on The Last Jedi.

What do you think of Anderson Cooper’s reasoning for walking out of Star Wars: The Last Jedi? Be sure to tell us your thoughts in the comments!