The Most Ridiculous Fan Reactions To ‘Star Wars: The Last Jedi’ 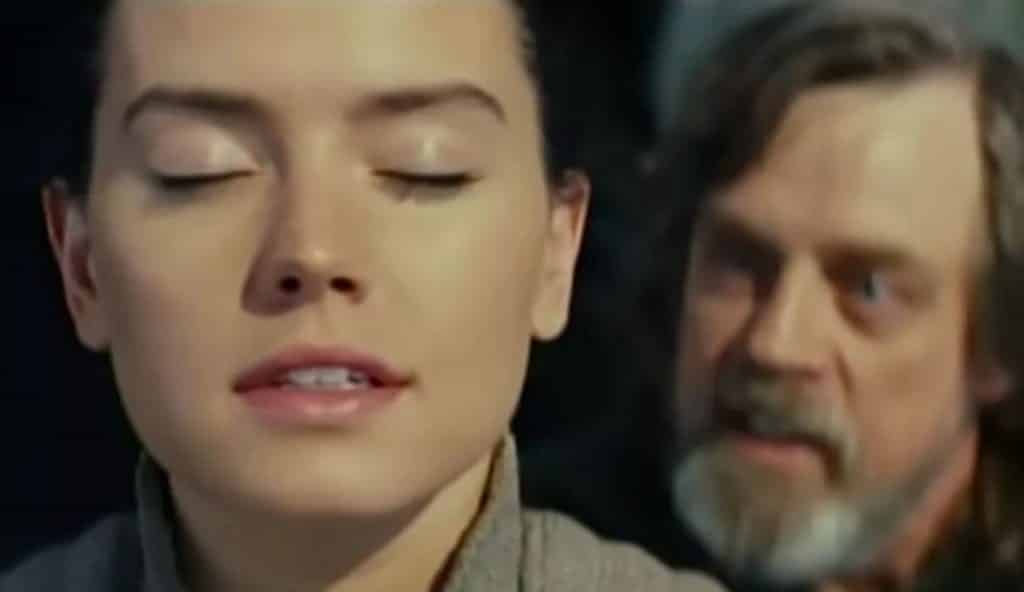 After the boom of social media, people have the ability to share their very strong opinions and thoughts on movies and have it seen by people everywhere. While Star Wars: The Last Jedi is a massive critical and financial success, there’s a very vocal group of people who do not like the movie at all – and are losing their minds on Twitter.

In case you weren’t aware, there will be major spoilers for Star Wars: The Last Jedi ahead!

It’s gotten so bad that a hashtag was started for the film itself, which reads: #NotMyStarWars. Yes, you read that correctly. Here are some of the more memorable tweets below:

I’ve never been so disappointed by a movie….star wars was awful. It wasn’t Star wars. How does any star wars fan watch that and not feel like this: #NotMyStarWars pic.twitter.com/bnGDu0VVgv

I’ve been depressed for several days. #thelastjedi basically ruined my life. Didn’t know Star Wars could be ruined by a single movie. #NotMyStarWars

Luke risked everything to save & redeem his father whom he barely knew.
Now the same Luke was ready to kill Ben/Kylo in his sleep cuz he sensed darkness, but he didn’t try to save his nephew/student whom he knew and loved since birth? 🤔 I don’t think so!#LastJedi #notmystarwars

Unfortunately #starwars #thelastjedi was terrible. Completely ripped apart and now the past is dead. Just awful #disney, seriously, it was awful. #NotMyStarWars

Just saw #TheLastJedi. Worst Star Wars movie made to date. It’s hard to live up to such big expectations, but wow. This chapter completely ruined everything the force awakens had going for it. #NotmyStarWars

Just saw #TheLastJedi. Worst Star Wars movie made to date. It’s hard to live up to such big expectations, but wow. This chapter completely ruined everything the force awakens had going for it. #NotmyStarWars

Just watched #StarWarsTheLastJedi Sorry, I really wanted to like the movie, but I was really disappointed. I wish I had never seen it, because it was really awful. #NotMyStarWars

You forgot question 10. Why is Disney destroying so many wonderful childhood memories with this crap movie #LastJedi Comparing this to the original trilogy is a disgrace. #NotMyStarWars

Boycott Disney! Don’t make the mistake I made and watch this garbage #TheLastJedi. Tell your family and friends to boycott. Never walk into a Disney store again. Vote with your wallet! Only that will change #Disney behavior.
#NotMyStarWars

Wow. Why would Rian Johnson take on making Star Wars movies when he clearly hates Lucas and Abrams’ stories? That was just awful. Wonder how much money Disney fed the critics to have them praise the movie. #TheLastJedi, #notmyStarWars

I am truly baffled that there are fans out there as big as myself, that have accepted this film. It has destroyed the magic, mythos, and history that came before it. #notmystarwars

Luke Skywalker is a hero who resurrected the idea of the good and noble jedi, and showed that the dark side can be resisted thru will, loyalty and a pure heart.

@rianjohnson After 2 days of careful consideration, I still think VIII is crap. Thanks for ruining the greatest franchise in history. #NotMyStarWars

What @rianjohnson did to Luke was worse than what all of the Prequels did to @starwars. You can’t fix it going forward. You tarnished, ruined and then killed the cornerstone. #notmyluke #notmystarwars @HamillHimself #thelastjedi  #thelastjediawful #EpisodeVIII

Han Solo:
“The crazy thing its true. All of it. The force, the Jedi, its all true.”

Disney:
“Lets change all that to piss people off.” #TheLastJedi #NotMyStarWars

The inclusion of women and people of color are not the reasons I dislike #thelastjedi  My reasons are plot, poor humor and disregard for the four movies preceeding it. Lumping together dissenting opinions w/ racists + sexists is desperate + sad #notmystarwars #lastjedi #starwars

@starwars I will never see another Star Wars movie that has any input from @rianjohnson He has disrespected the franchise. Please stop all production on the movies you gave him. #RemoveRian #LastJedi #notmystarwars

JJ Abrams has inherited an even bigger gigantic mess to fix. And with few options due to his predecessor taking a dump on every storyline he created #notmystarwars #thelastjedi

Disney: “What do people love about Star Wars?”

Disney: “Yea, we got rid of all of those and replaced them with nonsensical side quests like in a video game.”#NotMyStarWars

#NotMyStarWars Disney had one job. Make Luke Skywalker better than he was in all the comics, novels, and video games since 1977. What do they do? Made him a pu$$y.

Disney should not make Episode 9 next, they should remake this disaster #NotMyStarWars

A 1000x this. As a woman, I think I’m supposed to be all in on this movie. Instead, the moment I left the midnight showing I tweeted #Notmystarwars. I have never felt more forsaken by something I loved so much.

How much are people/critics getting paid to say #lastjedi was a great, awesome film? Any other franchise wankers be tearing it apart. #NotMyStarWars

#RianJohnson says there are 20 minutes of deleted scenes from #TheLastJedi Wish he could delete the other 2 hours and 32 minutes as well. #notmystarwars

Haven’t seen the Last Jedi yet, but the more I hear about it the less interested I am. #notmystarwars

Some began mocking the hashtag in tweets, though:

I find it funny how the folks who tweet #NotMyStarWars and #NotMySuperman are mostly the same group of people.

They are fans that have a specific pre-conceived notion of these characters from the 1970s and simply refuse to be entertained or challenged by anything else.

People who made the #NotMyStarWars hashtag are idiots. You idiots really don’t want to grow. #TheLastJedi was perfect, it was about growth.

Me: *literally slams head into a wall*#TheLastJedi #StarWars

Me: Let the past die. Kill it if you have to. #TheLastJedi #StarWars

Lotta sad ass nerds projecting their own lack of imagination by using this #NotMyStarWars hashtag. #TheLastJedi was ok.

It’s not the end of the franchise and you idiots are going to see the next 10 movies that come out, admit it.

the #NotMyStarWars hashtag is the funniest thing ever, especially the guy who made 98 points of the most meaningless nitpicks i’ve ever seen.

Whatever your personal thoughts are on the movie, it’s hard to deny that there’s currently a divide among fans about the movie. Director Rian Johnson has responded to the criticism by saying:

“I’m aware through my own experience that, first of all, the fans are so passionate, they care so deeply — sometimes they care very violently at me on Twitter. But it’s because they care about these things, and it hurts when you’re expecting something specific and you don’t get it from something that you love. It always hurts, so I don’t take it personally if a fan reacts negatively and lashes out on me on Twitter. That’s fine. It’s my job to be there for that. Like you said, every fan has a list of stuff they want a Star Wars movie to be and they don’t want a Star Wars movie to be. You’re going to find very few fans out there whose lists line up.”

With the way toxic fandom is these days, I’m not sure many directors are even going to want to take on the challenge of such an angry group of people, but hey – everyone is different.

What’d you think of the movie? Be sure to tell us all of your thoughts in the comments!