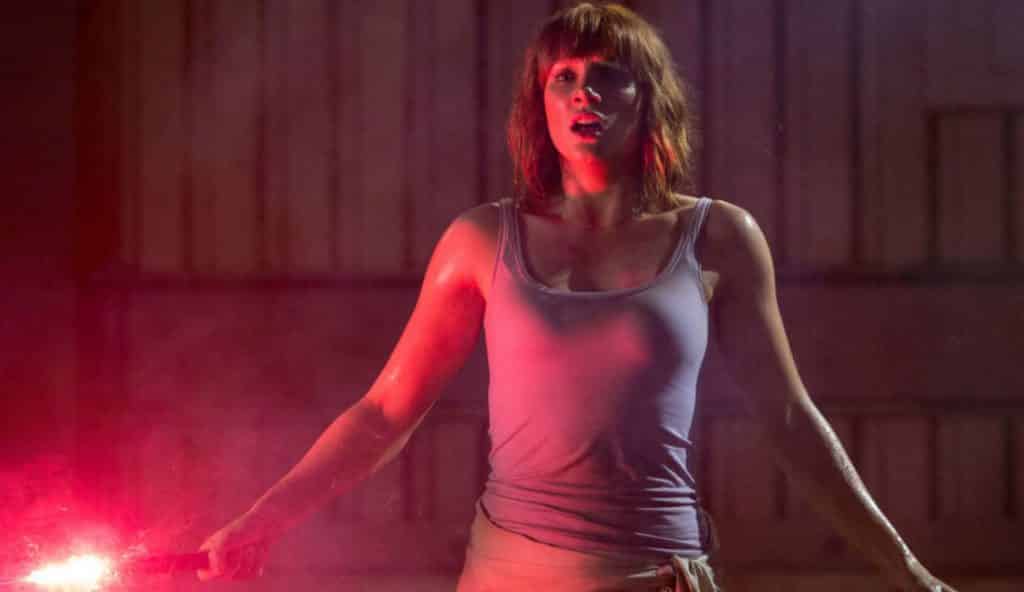 Jurassic World was a film which featured Dinosaurs running amok in a theme park, Raptors being trained like a dog and a Half-Raptor, Half-Tyrannosaur Monster causing chaos, yet the thing that audience goers found hardest to believe – Bryce Dallas Howard spending the whole of the film in high heels. However it sounds as though this won’t be an issue in the upcoming sequel, Jurassic World: Fallen Kingdom.

After the controversy surrounding the scene in the first film, which saw Howard’s Claire outrunning an adult Tyrannosaurus Rex, sequel director J.A. Bayona has assured fans that we won’t be seeing a repeat of this with the character being much more prepared for the situation. Speaking to Cinepop, he explained:

“No, no. Definitely, she’s more prepared in this one. In the first movie it was more like she was caught by surprise, In this one, she’s totally ready and prepared for the adventure.”

In the first film, Claire was a member of Jurassic World’s more corporate side and as such wasn’t particularly prepared to be thrust into the middle of the outbreak, however the sequel will see Claire heading a team of environmentalists heading to the island and as such will likely be much more suitably dressed for being through a jungle by Raptors.

The fact that the character seemed so ill-suited for the jungle was another issue many commentators had with the last film, with many seeing her as a stereotypical ‘Corporate Woman’ constantly needing to be saved by Chris Pratt‘s hero, Owen Grady. Much like her fashion choices, this is something else that Bayona is looking to change in the next film. He revealed:

“I think we were very aware, doing said, about that and we work a lot in trying to make Claire a very strong character. She’s smart. She has a very emotional side, but also she’s very physically tough. I think she’s a very complete character. … The film starts with Clarie looking for Owen. She’s the one convincing him to join her and go back to the island to rescue the dinosaurs. She has as much an important role as Owen has in the story this time.”

It definitely sounds like that they are looking to make sure the sequel doesn’t fall into the same traps that it’s predecessor fell into. Whether it is a success will be evident when it hits theatres June 22nd.

What do you think? Are you excited for these changes? Do you think you could you outrun a T-Rex in heels? Let us know below.

Anderson Cooper Walked Out Of ‘Star Wars: The Last Jedi’
Could ‘American Gods’ Be In Some Serious Trouble?
Advertisement
Advertisement
To Top