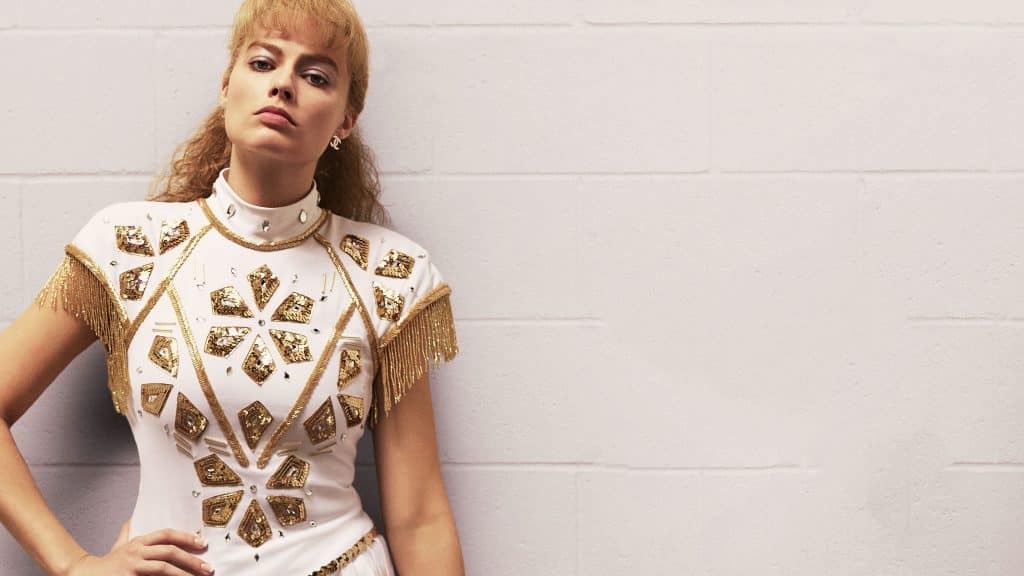 Tonya Harding’s storied rise and fall is a common known story, but its fascinating details have always made it ripe for adaptation. Similar to its subject’s brazen attitude, I, Tonya is a confidently made and balanced biopic that brings the nuances of the story to life.

I, Tonya follows figure skater Tonya Harding and her journey towards Olympic Competition. Her dreams of winning gold are put into question when her husband intervenes in a dangerous manor.

What makes I, Tonya different than your average biopic is its unique framing. Writer Steven Rogers creates a script that encompasses the different view points of Harding and those close to who her. This intentionally creates contradictions and blurring of truths, but thats part of the format’s charm as the film often uses that for humor. What it does do is develop these characters throughly, with each interview piece or perspective unveiling fascinating “truths” about these flawed people.

Bringing the script to life with tons of bravado is director Craig Gillespie, who has dabbled between studio fare (The Fright Night remake) and indies (Lars and the Real Girl). Inspired by the likes of Martin Scorsese and David O. Russell, Gillespie creates what is essentially Goodfellas for figure skating. He pulls off a tricky tonal balance between bleak drama and humor, with the two often mixing within scenes. Gillespie’s use of music and flashy direction makes for a lot of entertainment value, but he also captures the emotional roller coaster of the story with a proper level of intimacy. There are quite a few tough to watch moments, as Gillespie doesn’t pull any punches with the psychical and emotional trauma Harding experienced.

Even with all the flash and razzle dazzle, I, Tonya rests its shoulders on its cast, who are well equipped for the responsibility. Margot Robbie is unrecognizable as Tonya Harding, capturing the flawed figure skater with precision. Robbie displays Harding’s foul personality and restless desire to win, but also her deeper insecurities about being in a sport that doesn’t want her around. Her performance creates a sympathetic portrait of Harding without having to settle into hero worship. Allison Janey is a potential Oscar contender for her supporting role as Harding’s sinister mom, with her mixture of deadpan humor and searing insults being deftly captured. Sebastian Stan and Paul Walter Hauser are also great as Harding’s entourage.

I, Tonya is ambitious in its effort to capture every nuance of this story, but that ambition isn’t executed flawlessly. The third act is the weakest portion, as it focuses too much on the nuances of what happened rather than wrapping up these character’s complex dynamics. The film goes on for about 10-15 minutes too long, getting winded long before its big finish.

Brought to life with pinpoint performances and audacious craftsmanship, I, Tonya does justice to its wild story and the even wilder people that inhabit it.

Continue Reading
You may also like...
Related Topics:biopic, I Tonya, Margot Robbie