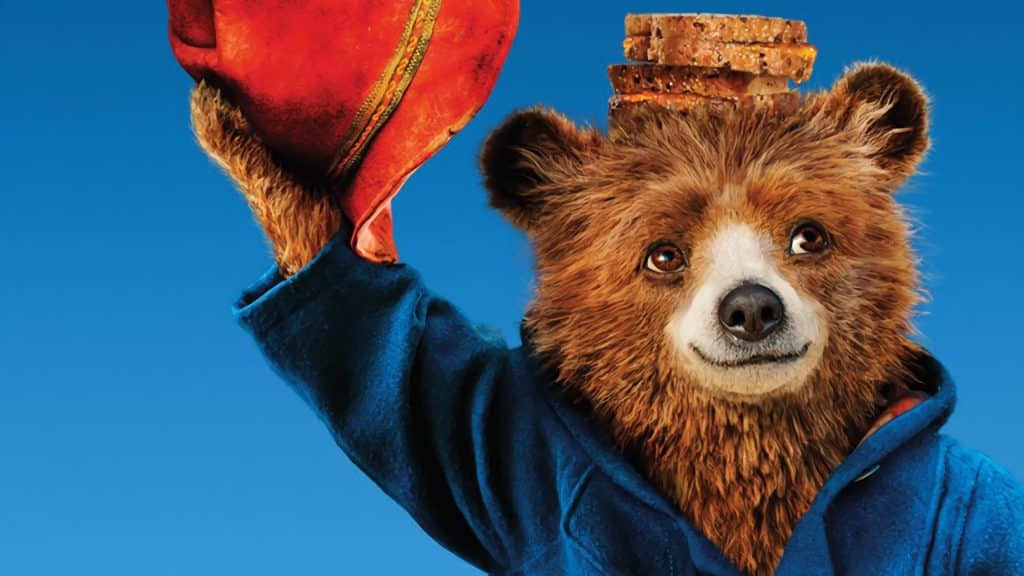 Great family films are a dime a dozen these days, which is what made the original Paddington such a wonderful surprise. Similar to its earnest original, Paddington 2 is a warm and delightfully crafted charmer that is nearly as good as the original.

Now settled into the Brown household, Paddington is on a mission to find his Aunt Lucy the perfect 100th birthday present. His search for a London pop-up book gets him mixed up with a mischievous man who will do anything to get that book.

If you were a fan of the original, I can almost guarantee that you will enjoy this sequel, as it stays true to what the original did so well. Paddington, both the character and the movie, doesn’t have a single cynical bone in its body, as its so easy to fall for the character’s wide-eyed wonder for the world. This is a family film that doesn’t try to pander family audiences, as it instead creates a wholesome adventure the whole family can enjoy.

Paddington 2 is even funnier than the original, as director Paul King pushes his absurdist comedy streak to some interesting places. Typically most family films will try to create humor through pop culture references or pratfalls, but Paddington 2 does so by embracing the innocent charm of these characters. Visually, King’s swift direction creates a lot of moments that range from funny to incredibly cute. With its mild manor presence and absurd world, the film has the feeling of a toned down Wes Anderson.

Bringing the infectious bear to love is voice actor Ben Whishaw, who does so with such warmth and naturalism. The key new addition to the cast is Hugh Grant, who brings his character to life with villainous glee. As narcissistic former star Phoenix Buchanan, its a blast to see Grant charmingly overact from scene to scene, as he brings this film a lot of life comedically. Sally Hawkins, Hugh Bonneville, and Julie Walters rounds out the film’s solid supporting cast.

What drives Paddington 2 is its bear-sized heart. Even through the film’s narrative being fairly tired, much of that can be overlooked because of its genuine emotional core. The simple idea of having Paddington look for the perfect present sounds basic, but its the poignancy the film interjects to that concept that makes it work. The ending is a quiet, but satisfying conclusion that is sure to ring out some tears.

Paddington 2 is a true delight, charming both kids and adults alike with its earnest charm and comedic chops. This is the perfect family film to start the new year.