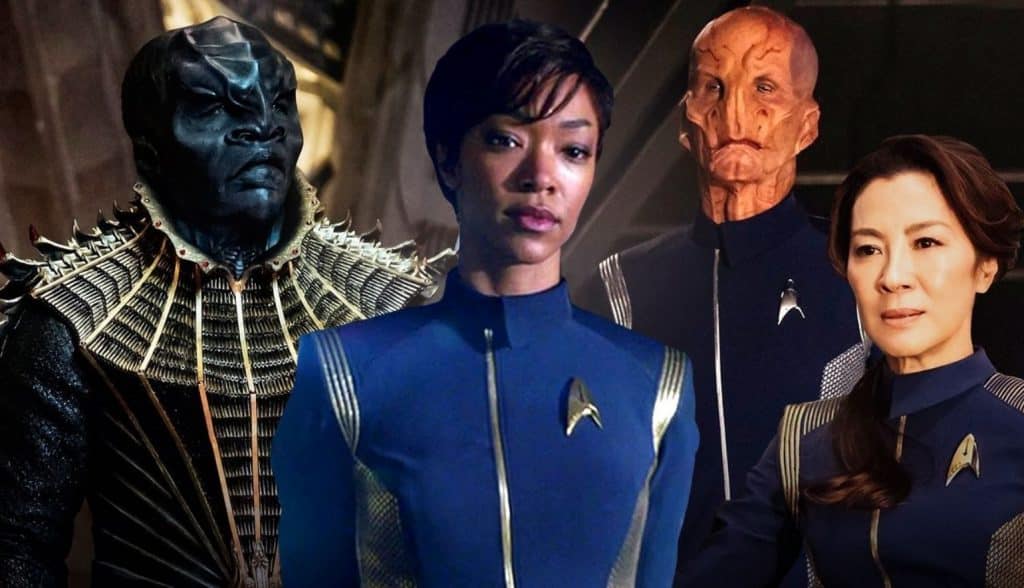 It didn’t take long for audiences to realize that Star Trek: Discovery wasn’t going to be another tired retread of the previous five TV installments in the Star Trek franchise. With the opening episodes of it’s debut season tackling subjects such as same-sex relationships, inter-species rape and even cannibalism, the show has set the internet on fire. Fans and commentators just cannot stop trying to second guess where this roller-coaster ride is going to end up. But as one huge fan theory from the first half of the season has now been answered, an even more explosive one has come to light.

When the show’s mid-season break commenced back in November, all anybody was talking about was the Discovery’s chief of security, Ash Tyler. Did the confusing flashbacks and physical trauma he was suddenly experiencing mean that he was actually a Klingon warrior in disguise? Yes, yes they did, and the storyline wasted no time at all in clarifying that with the arrival of Monday’s episode.

The big reveal is undeniably bad news for the rest of the Discovery’s crew, but it’s proven particularly disastrous for one ship’s officer in particular. With Paul Stamets lying trapped in a coma following the ship’s cataclysmic spore-drive failure, he could only burble away incoherently as his partner was murdered right in front of him by a panicked Tyler. The only acknowledgment the ship’s Chief Engineer made that he was aware of the incident taking place was a moment of clarity when he uttered “The enemy is here!”, before slipping back into his coma. 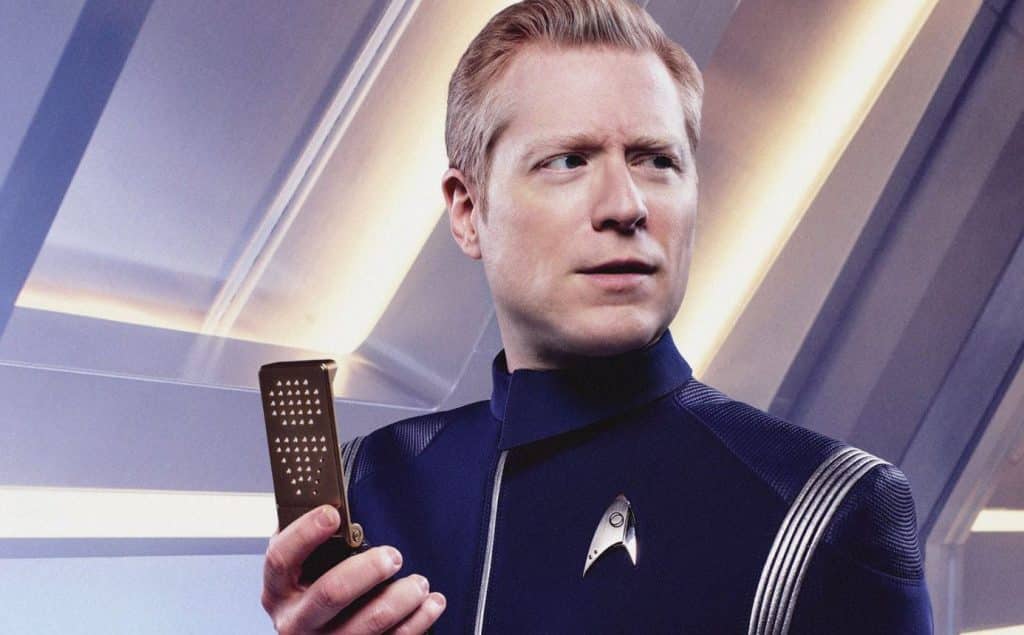 The majority of fans have taken this to mean that Stamets was aware of Tyler’s secret, and was trying to warn husband Hugh about the threat. Which would be a very nice and tidy outcome, one in stark contrast to the other narrative twists and turns that have so far made the show such a big success. So, if ‘the enemy’ referred to by Stamets isn’t Tyler, who is it? Captain Gabriel Lorca, that’s who…

The new theory doing the rounds is that Lorca isn’t actually the ship’s true commanding officer at all, and is in fact the Captain’s fugitive doppelgänger from the mirror-verse where the crew now find themselves. It’s a delicious idea, and one with a hell of a lot of supporting evidence to back it up. Why does this Lorca sleep with a phaser under his pillow? Why is he so unrecognisable to his ex-girlfriend, Admiral Cornwell? Why has he turned a science vessel into an attack ship, repeatedly refusing to follow Starfleet’s orders?

It’s entirely possible that the theory will be proven wrong, and the change in Lorca’s personality is a result of his trauma at losing his previous crew and vessel in battle. But it’s also equally possible that Gabriel Lorca either did die aboard The Buran, or fled the horror of what had happened. Either action would be the perfect opportunity for the Mirror-Lorca to establish himself in a new reality, and start plotting his revenge against his Emperor.

This would explain why the Captain was so determined to use Stamets to get back to the nearest Starbase, and may well have deliberately sabotaged the spore-jump in order to return to his own universe. It would also explain his deep-rooted interest in the disgraced Michael Burnham, who he would need control over to acquire new resources and firepower
on his return home.

With only five episodes left to go, this is a question that won’t take too long to answer, and Lorca’s identity will be confirmed in due course along with that of the Mirror-verse’s sinister Terran Emperor.

Episode 11 (The Wolf Inside) will arrive on Netflix on January 14.

What do you think of the Star Trek: Discovery theory? Be sure to tell us your thoughts in the comments!

Continue Reading
You may also like...
Related Topics:Star Trek: Discovery