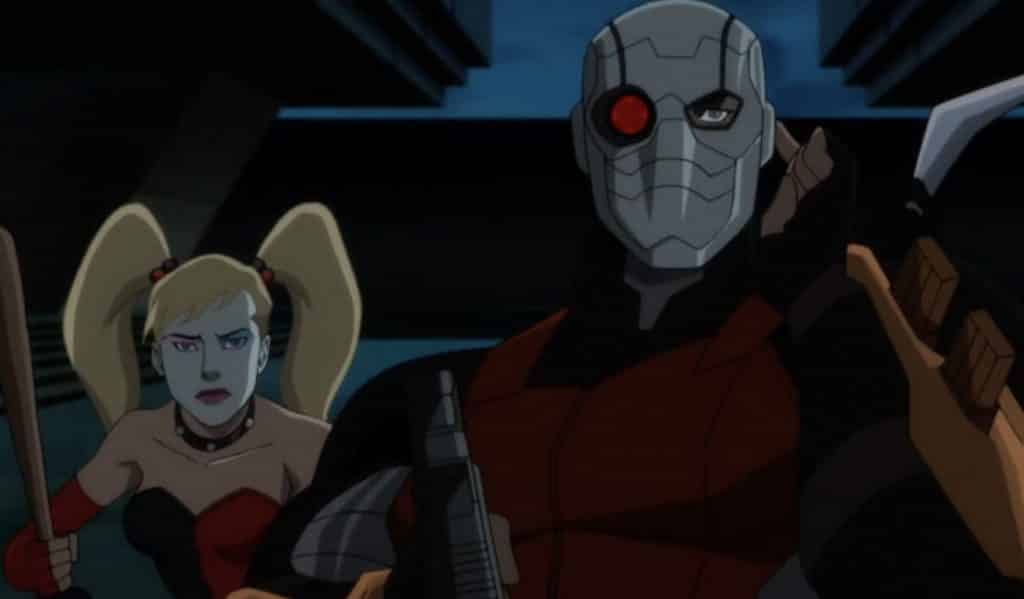 Whilst the live action Suicide Squad took a bit of pasting from the critics (and general audience) in their cinematic debut in 2016, their cartoon counterparts actually saw some success in the form of the Assault on Arkham animated movie which was released back in 2014. It looks as though Warner Brothers are looking to recapture this success by releasing another animated movie focusing on Task Force X – entitled Suicide Squad: Hell to Pay.

The film is unfortunately not a sequel to Assault on Arkham but will instead be an original film which will see Amanda Waller recruiting the squad to take on the villainous Vandal Savage. The film is set to feature Christian Slater as Floyd Lawton aka Deadshot and Tara Strong reprising her role as Harley Quinn. You can check out the trailer below.

As well as the trailer, the studio has also released the following plot synopsis:

Suicide Squad: Hell to Pay finds Amanda Waller’s top-secret Task Force X – Deadshot, Bronze Tiger, Killer Frost, Captain Boomerang, Harley Quinn and Copperhead – on a mission to retrieve a mystical object so powerful that they’re willing to risk their own lives to steal it. But the Suicide Squad isn’t the only group of villains seeking to possess the object. The race is on for the golden prize … and, to stay alive, second place isn’t an option.

With the film sporting an impressive voice cast and an R-rating, hopefully we can be seeing a return to form for the DC Animated Universe and another decent outing for the team of rogues. With any luck, it should at least be better than David Ayer’s recent effort, at the very least it may inspire Warner Bros. to take more risks with Gavin O’ Connor’s sequel.

What do you think? Will you be checking this out? What would be your ideal squad lineup? Let us know below.