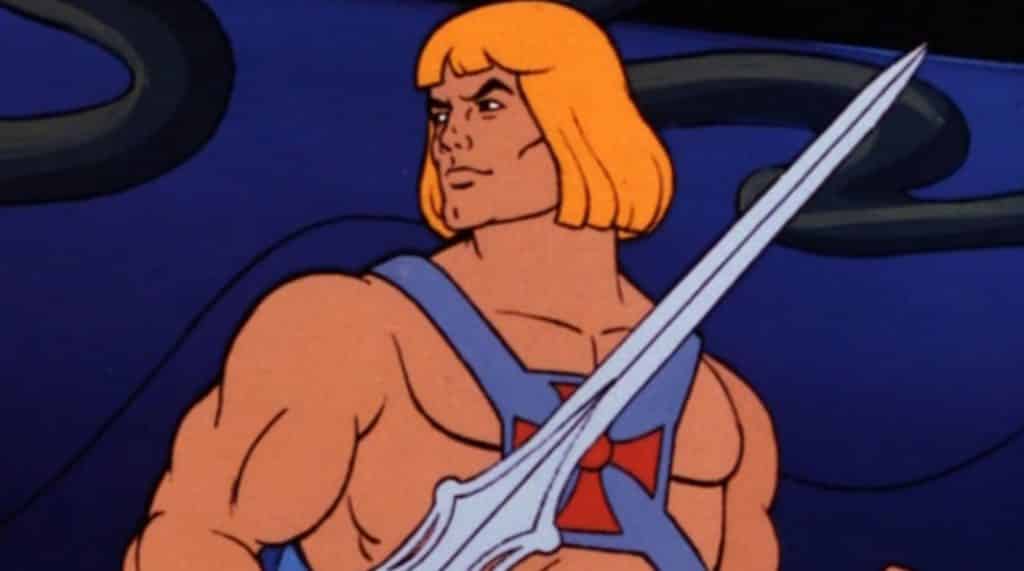 Now that we know the Masters of the Universe adaptation is set to shoot this Spring, we should start expecting more information about the film to come to light. And to prepare us for what’s to come, writer/director of the film David S. Goyer has presented some new concept art on Instagram!

David Goyer posts images of him working on the upcoming #MastersoftheUniverse film. You can see in the first image him overlooking Teela’s Battle Suit concept art #HeMan 👀🔥 pic.twitter.com/InuTbPn9ZM

The art doesn’t reveal too much, but it is exciting to see how far into production the film is in. As of right now, most of the art seems to be for battle suits and vehicles, with one of the suits being labeled as a TELLA or TEELA suit depending on how you look at the image.

We also get to see Goyer himself working with concept artist Carlos Huante, and they seem to be getting inspiration from a variety of graphic novels. One such book on their desk happens to be He-Man vs ThunderCats. Interesting.

Masters of the Universe currently has no plot or casting information, but it is being written by Goyer alongside Lindsey Beer, with Goyer taking complete control over directorial duties. Masters of the Universe is inspired by the toy line and animated series of the same name, which was previously adapted for the big screen in 1987. In that film…

When the evil Skeletor finds a mysterious power called the Cosmic Key, he becomes nearly invincible. However, courageous warrior He-Man locates inventor Gwildor, who created the Key and has another version of it. During a battle, one of the Keys is transported to Earth, where it is found by teenagers Julie and Kevin. Now both He-Man and Skeletor’s forces arrive on Earth searching for the potent weapon.

This latest adaptation of Masters of the Universe will be hitting theaters December 18, 2019.

How do you feel about the concept art? Are you excited to see He-Man once again adapted for live-action? Let us know in the comments section down below!

Continue Reading
You may also like...
Related Topics:Masters of the Universe