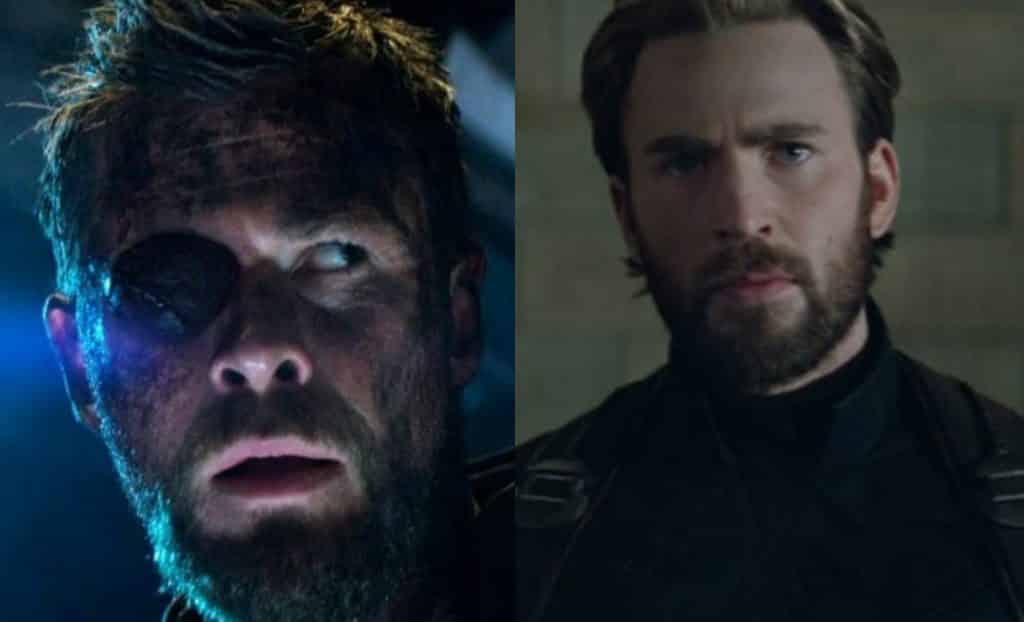 Given how each of their previous solo films ended, we know that both Captain America and Thor are both in need of some new hardware if they’re going to successfully take on Josh Brolin’s Thanos in this year’s Avengers: Infinity War. Thankfully, due to the release of  some of the associated toy ranges, we now know just what they will be using.

In the spectacular first trailer for Avengers: Infinity War (not that fake one those damn Canadians tricked us with!) T’Challa issues an extremely memeable order to get ‘This man a shield’. It was a line that managed to bring a smile to many fans faces and now we finally get a look at what that shield is.

Check it out in the picture of the recently released Marvel Legends action figure below:

As you can see, it looks to be the same weapon that Cap is wearing as gauntlets in the money shot which shows the whole team charging into battle. It definitely appears to be Wakandan in design, as well as functioning similar to Cap’s most recent shield in Nick Spencer’s infamous comic run – where it can be used either whole or in two parts.

I can’t help but believe he will be wielding his trademark weapon before the credits end up rolling but it certainly seems like he will be making use of his new toy.

It’s already been hinted at several times that Thor will be receiving a new hammer in Avengers: Infinity War after his original, Mjölnir, was destroyed by Hela during the events of Thor: Ragnarok. One of the film’s upcoming Lego sets features the character teaming up with Groot and Rocket in a set titled, The Search for Thor’s Weapon.

Now, thanks to a recently leaked picture of the characters Pop! Funko we have a look at the weapon. Check it out below:

It was previously assumed that Thor would spend the film wielding would be Jarnbjorn, the formidable Axe he used in battle before he was worthy of Mjölnir and has since returned to using in his ‘Unworthy’ state. The image in question doesn’t actually look too similar to how it looked on the page, but films have been know to take liberties in the past.

Hopefully, we will see these weapons being used to do plenty of avenging in Avengers: Infinity War when it hits theaters May 4th.