It’s still six months before Avengers: Infinity War is even due to land in cinemas, but the movie has already managed to have an earth-shattering impact on the Marvel Cinematic Universe. Sure, we now live in an age where every time any movie trailer appears online, the fans freeze-frame the living shit out of the new footage, and use every image to try and prove or disprove a theory about what might happen in the final cinematic release. But this week’s Infinity War trailer has truly proven to be something of a game-changer.

The sheer volume of fan theories and Easter eggs that the trailer has generated are unbelievable. Once you push all of the Thanos/Rick Harrison photoshopped memes to one side (and Sweet Jesus, there are a lot of Thanos/Rick Harrison memes to push aside…), what you’re left with is a whole host of facts and findings that stretch back throughout the entire first decade of MCU movies. Facts that tug on the harshest of heartstrings, and bring a tear to the eyes of any true Marvel fan.

From the mysterious absence of Clint Barton in any of the footage, to Tony clutching the battered mobile phone that Cap sent him at the end of Captain America: Civil War, to the question of whether it’s actually a de-powered Bruce Banner in the Hulkbuster armor, there are a million questions to be answered about the three minutes of footage. And one theory now doing the rounds asks some pretty demanding questions about Tony’s interactions with big bad guy Thanos.

For the majority of the trailer’s run-time, it’s apparent that Josh Brolin’s Thanos is specifically addressing one person whilst he goes about his sinister global domination. And from the available footage, a couple of savage blows that are landed on Tony would seem to suggest that the bulk of Thanos’ monologue is for the benefit of Iron Man himself. Which in itself raises some intriguing questions.

About halfway through the teaser, there is a shot of a bedraggled Tony Stark, facing off against Thanos, with Bruce Banner, Wong and Stephen Strange framed in the background. What immediately seems odd about this shot is the fact that whilst all the other three human characters seem completely immobilized, Tony is the only one to apparently have freedom of movement. So why is he able to respond when the Sorcerer Supreme seemingly is not? 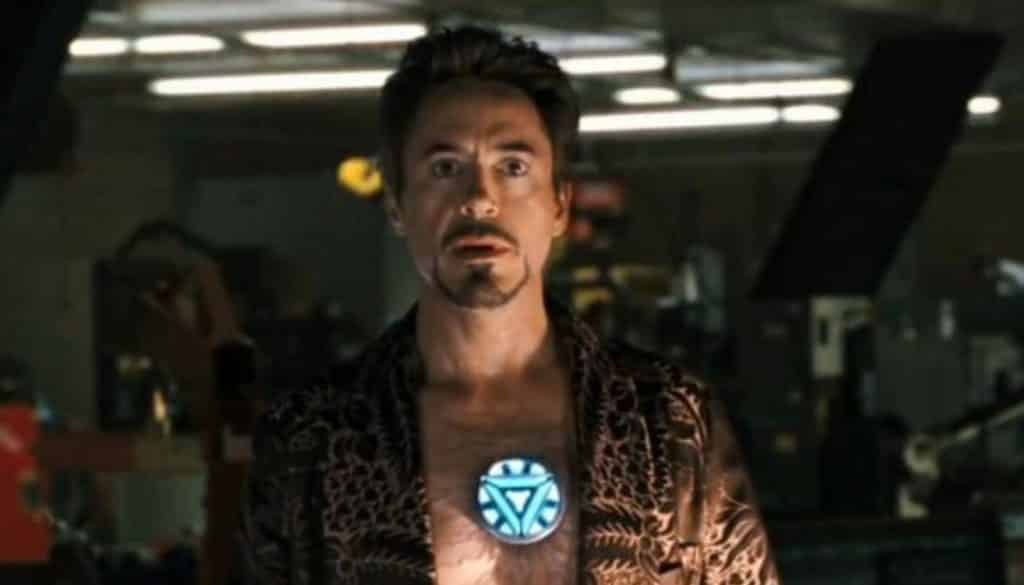 Well, the answer could be back in Iron Man 2. During the course of that MCU movie, Tony is forced to create a whole new scientific element for his Arc Reactor, in order to survive. The element he creates is then later referenced in 2012’s The Avengers, where Loki uses his scepter to try and corrupt Tony, but the scepter has no tangible effect.

The idea is that the element that Tony has created is actually a whole new Infinity Stone. This would explain why Loki’s scepter is unable to influence it, but also why an Infinity Glove-wearing Thanos is able to subdue everybody else, but not Tony Stark. If Thanos is in possession of the Time Stone, he would be able to move freely whilst his enemies are frozen in time, So whilst the other three Marvel heroes stand by in useless seclusion, Tony’s super-powered heart means he is unaffected by the new Inifinity Stone,

Of course, in the long run, this spells nothing but pain for the eccentric billionaire, and also explains why he might run to Wakanda for the protection of its people. Either way, only time will tell.