Could ‘Avengers: Infinity War’ Be The Last Time We See Hulk In The MCU? 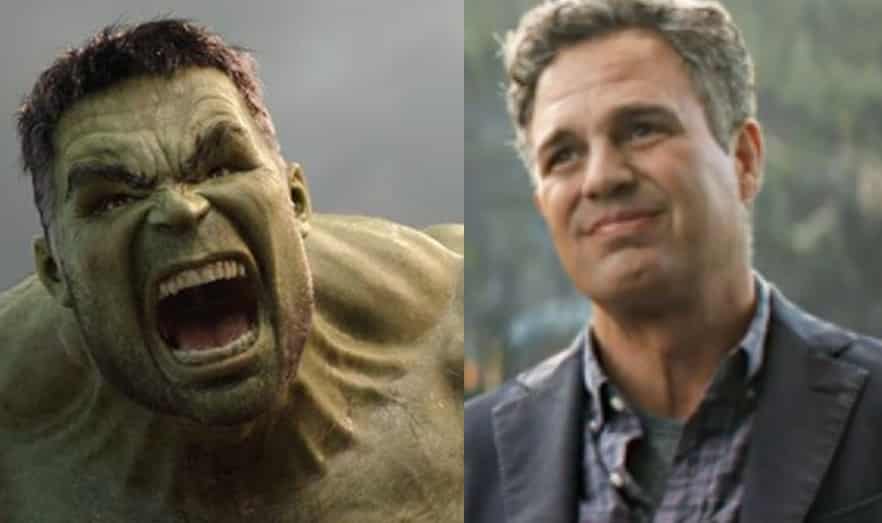 The Avengers: Infinity War trailer dropped online this week and the fans absolutely freaked out. Many loved the trailer so much that YouTubers and comic book fans have been going over the trailer with a fine-tooth comb to find out what its in store for our heroes as they battle against Thanos, his army, and his children, The Black Order.

Fans have been speculating that some of the Avengers or other Marvel heroes won’t be able to make it to the end of this battle as the Russo brothers have been giving hints that some of the heroes that we know, and love will end their journey when this is over. Some have guessed that it would be Tony Stark, some would think that Steve Rogers will either die or pass the mantle of Captain America to Bucky Barnes AKA The Winter Solider. Hell, it even looks like The Vision might die after possibly having the Mind Stone ripped from his head.

Yet, I couldn’t help but notice something in the Avengers: Infinity War trailer that I don’t think many—or if not, any—have caught. That this might be the last time we see Bruce Banner in Hulk form for a while.

Heads Up. Possible spoilers for Avengers: Infinity War but it’s just a theory with evidence.

Earlier in the trailer, we get a bit of off-screen dialogue from Nick Fury and Tony Stark. Later we see a slow sweeping shot of Bruce Banner dazed and confused. Banner seems to have crash landed in Doctor Strange’s Sanctum Sanctorum as the Sorcerer Supreme and the Master of the Mystic Arts of Kamar-Taj, Wong watches. It appears as if Hulk was knocked back into Banner by someone or something that we haven’t seen yet in the Marvel Cinematic Universe, but wait, there’s more. 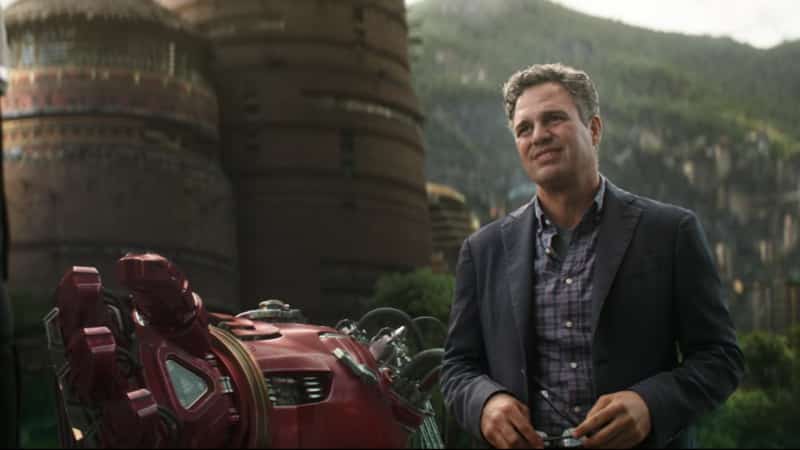 In the trailer you can clearly see the giant Hulkbuster mech landing in, what it appears to be Wakanda, and later see a quick glimpse of Banner working on the same Hulkbuster’s arm. Anybody that knows these Marvel movies—or superhero movies in general—know that what comes with every release are a sea of toys and action figures.

One of the most popular brands are the Lego building blocks. Rumors have been swirling around about a certain Lego Set featuring a Hulkbuster from the movie and who might be controlling it from the inside.

A description has been leaked of the Lego set titled Fight of the Hulkbuster that features Proxima Midnight (a member of the Black Order), Falcon, and (drum roll) Hulk/Bruce Banner. 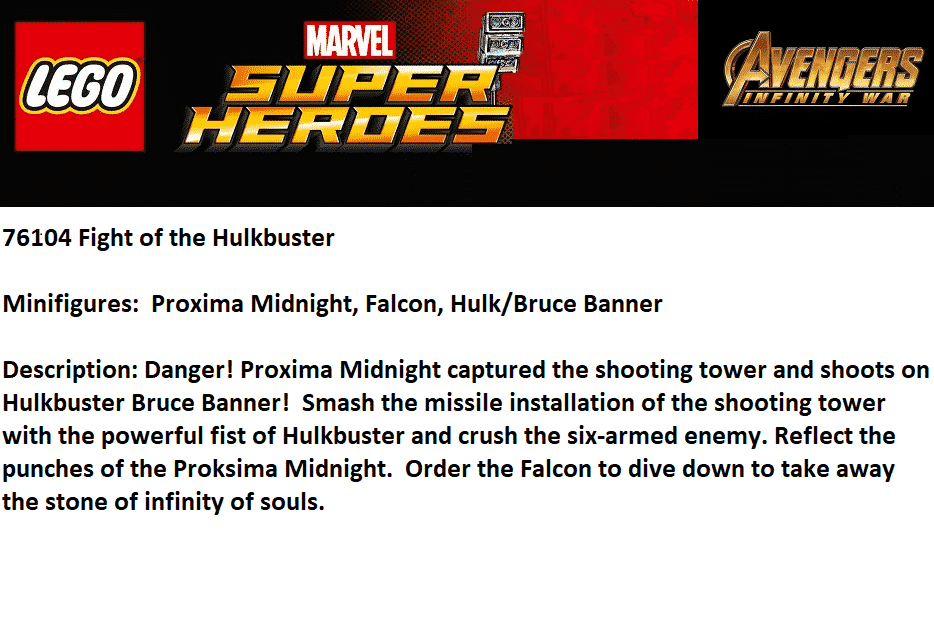 What could this mean? Stay with me because we are about to take a nose dive into some Marvel comics. 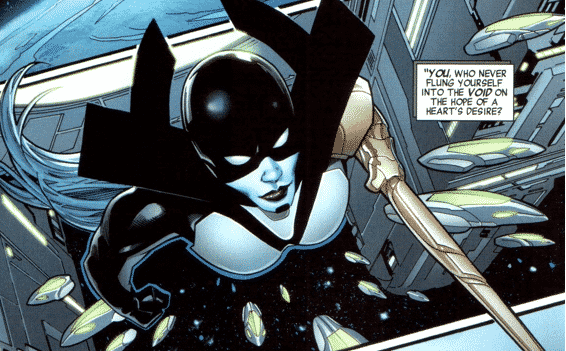 This dangerous and powerful lieutenant of Thanos’ Black Order first appeared in Marvel’s New Avengers #8 and was involved with the Infinity Arc sense issue #1. Her powers fit the standard super strength, agility, and fighting but she is a very deadly and dangerous fighter. She is also the wife of another lieutenant in the Black Order by the name of Corvus Glaive.

As the trailer plays on, the audience is given an awesome, but super quick shot of Proxima Midnight, throwing her spear at a figure in the shadow. That would quickly turn out to be my bearded brother from another mother, Steve Rogers. This is where it gets interesting.

When the trailer ends, we get an amazing shot of Rogers, Barnes, Black Panther, War Machine, Falcon, Black Widow running together  into battler with The Hulk following close behind.

I believe at one point during this battle in Wakanda, that the Hulk meet Proxima Midnight and go toe to toe in an all-out fight. What will result in this fight is something that will shock audiences and change the playing field for our heroes. 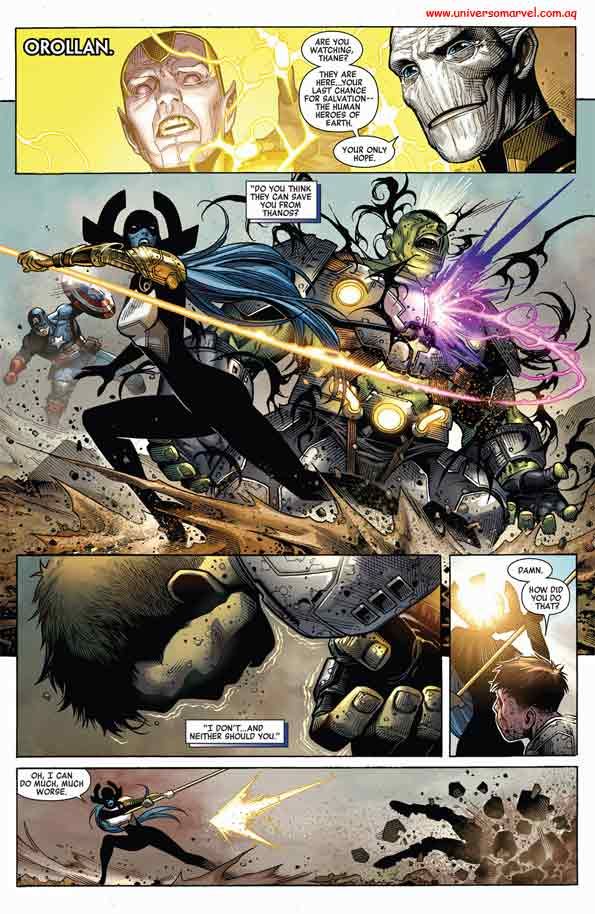 That’s right, Proxima Midnight will cause the fall of the Hulk after which Banner will be forced to wear the Hulkbuster suit, to stay in the fight against Thanos and the Black Order. Marvel has been known to take bits and pieces of iconic story lines and apply them in different ways to the MCU to keep the audience guessing.

Will this change be permanent for Banner? Maybe? The Avengers have relayed heavily on the Hulk to do serious damage against their enemies when the need of a wrecking ball was called for. This would be something different for the MCU as many would assume if The Hulk met Thanos, the fight would be at least evenly matched. If this happens, the Avengers and the other Marvel Heroes chances of winning would dwindle greatly, and it could be anyone’s guess on how the heroes can win.

But like I said earlier, it’s a theory so take it as you will.

What do you guys think? Is this the last time we see the Hulk for a while? Leave us your thoughts in the comments!