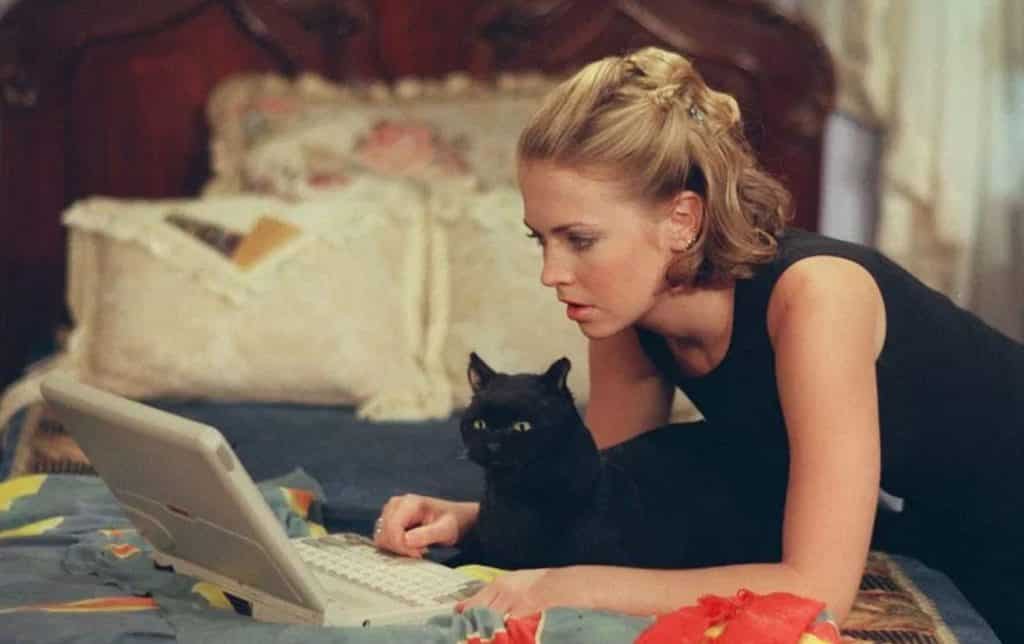 It was only a matter of time before the comic spin-off Sabrina The Teenage Witch got the same treatment as Riverdale – seeing as how the show has been a massive hit. Netflix has acquired the property with plans to launch an hour-long drama series following the teenaged witch. The plan is to start with two seasons which will consist of twenty overall episodes. As is expected, horror and witchcraft will be primary elements for the series.

Another expected element happens to be everyone’s favorite black cat, Salem! The series showrunner Roberto Aguirre Sacasa has taken to Twitter where he shared our first look at Sabrina’s mischievous feline companion.

Melissa Joan Hart was asked whether or not she will appear on the series, and she didn’t rule it out:

“Never say never, but it would depend on the character they wrote,” Hart says. “I just don’t know where I would fit in. I would definitely take a look at the material if they sent it along.”

Tonally in the vein of Rosemary’s Baby and The Exorcist, this adaptation finds Sabrina wrestling to reconcile her dual nature — half-witch, half-mortal — while standing against the evil forces that threaten her, her family and the daylight world humans inhabit.

As for the description of Sabrina…

“An empowered young woman, half-human, half-witch, Sabrina is just beginning her dark education as a sorceress, even as she tries to maintain a normal life as a sophomore at Baxter High. Intelligent, compassionate and brave to the point of recklessness, Sabrina is all that stands between us and the forces of darkness that threaten our world.”

It’ll be interesting to see how this series will turn out, given that Sabrina lends herself more to a darker atmosphere than the Archie Comics ever did.

Continue Reading
You may also like...
Related Topics:Horror, Sabrina The Teenage Witch