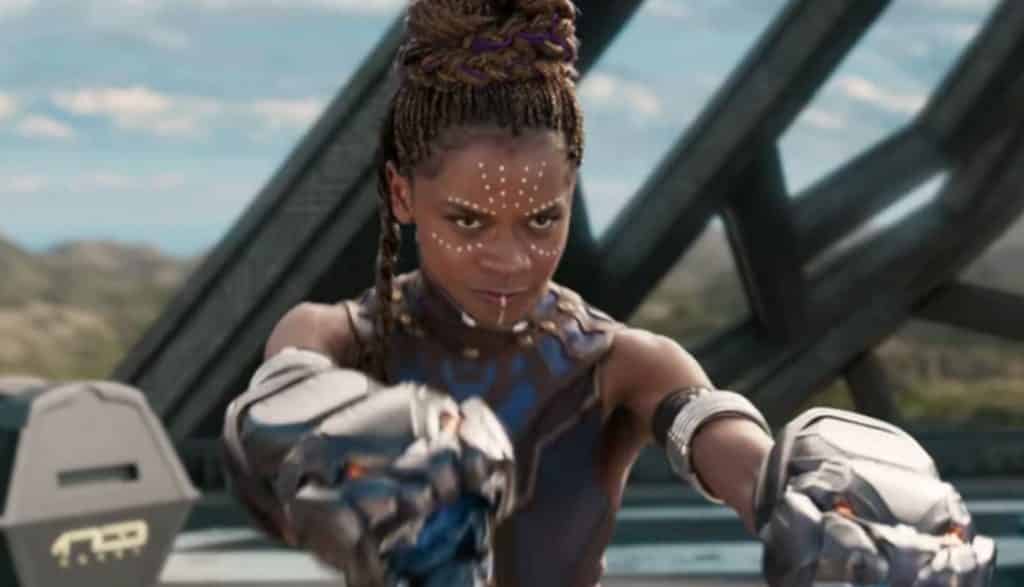 While T’Challa may be the one who is heading Marvel’s latest blockbuster Black Panther, it was his younger sister, Shuri, who many agree was a standout character. Now, some newly released concept art has surfaced which shows that she was very nearly an even bigger bad ass. Read on to check it out, but be warned – their may be spoilers!

A piece of artwork from the recently Black Panther: The Art of the Movie was revealed on Imgur and it gives us a look at Letitia Wright’s breakthrough character suited up as the Black Panther herself. Obviously, this never ended up happening in the film, she did sport the Panther gauntlets that she is wearing in the artwork during the film’s climactic battle.

Fans of the comics will no doubt know that Shuri did actually take on the Black Panther mantle temporarily whilst her brother was seriously injured in battle. We most likely won’t see this story appear on the screen for a while now, but it is always something that could happen down the line. Wright herself has expressed interest in becoming the character, as long as it doesn’t take focus away from a potential sequel. Speaking in a recent interview, the actress revealed:

I could definitely see Wright take on the role in the future possibly in a potential Black Panther 3, closing out T’Challa’s storyline and giving the franchise the possibility to continue with a new lead, similar to how the Captain America mantle could one day be taken on by Sebastian Stan’s Bucky or Anthony Mackie’s Sam Wilson. It’s definitely something that could allow the MCU to continue for years to come.

Black Panther is currently tearing up the Box Office, taking in an incredible $202 Million over the three day weekend in North America and over $400 Million Worldwide. Impressive stuff from Marvel.

What do you think? Would you like to see Wright one day take up the mantle? Have you seen the film yet? Let us know below.