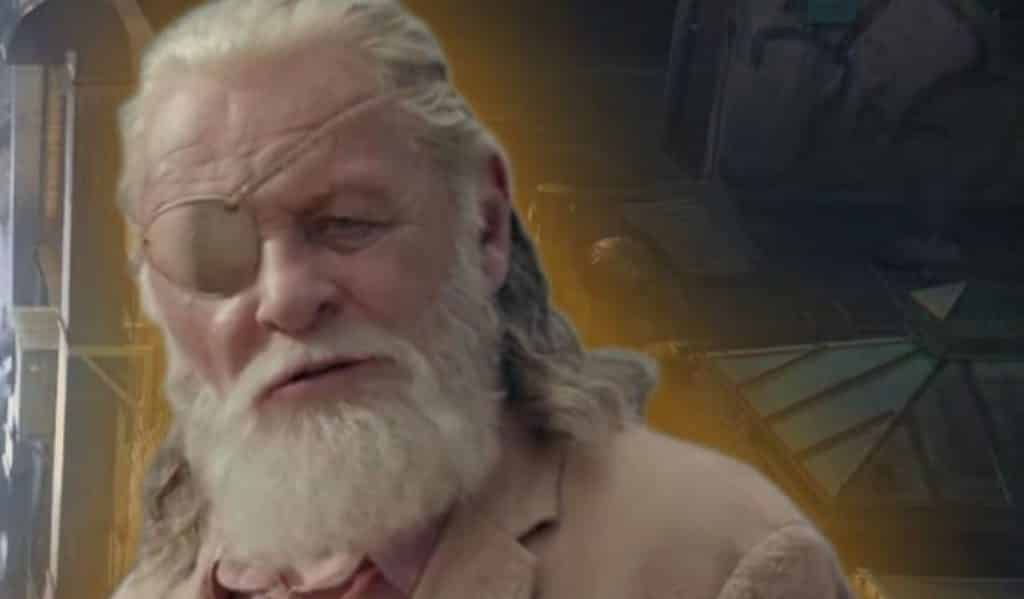 One of the most memorable scenes in the teaser trailer for last year’s Thor: Ragnarok was when Hela stopped Mjölnir in its tracks before destroying it. Many fans remember that scene took place in an alleyway in the first trailer, how the film and later trailers changed the setting to a meadow. The film’s director, Taika Waititi, revealed that this was done as the original scene was deemed as being too sad to see the once great ruler of Asgard, dying in a back alley in New York, and as such the scene was relocated to a much more fitting location.

But now, with the release of the film on digital download, the original scene has now found it way online for the viewing public. The scene itself picks up after Thor has already made his way to 177A Blecker Street and met Doctor Strange. However it plays out fairly differently this time round with Strange plucking one of the Odinson’s golden locks, as he does in the original film, however he then proceeds to produce a map showing the locations of both Odin and his brother Loki, who instead of being constantly falling is now trapped locked in a portaloo. Strange also uses his magic to produce the key to free his brother, making it appear in Thor’s mouth. Dynamo eat your heart out!

This is very different from what we saw in the film, with Doctor Strange simply releasing Loki from his perpetual falling and sending the brothers on their way to Norway to meet their Father. In regards to the scene being dropped from the film Waititi explained.

“What we wanted originally was for Thor and Loki to find Odin in New York, living on the streets, Fisher King style… There was something really cool and interesting about that, and I think that might be on the DVD, that version. But something about having him there and then dying made a lot of audiences in our test screenings feel too sorry for him. It was such a bummer seeing the great king of Asgard stuck in New York. We preferred the idea he’d be in some mystical Norse environment.”

In all fairness this does make sense as the character is one of the more important ones in the MCU, but not only that, Anthony Hopkins has done a great job in portraying the character as both noble and caring. The exit that we saw was a fitting farewell to both the character and the actor himself.

The film is currently available for Digital Download with the home media release set for March 6th.

What do you think? Are you glad this scene was changed? Do you think Odin had a fitting end? Let us know below!