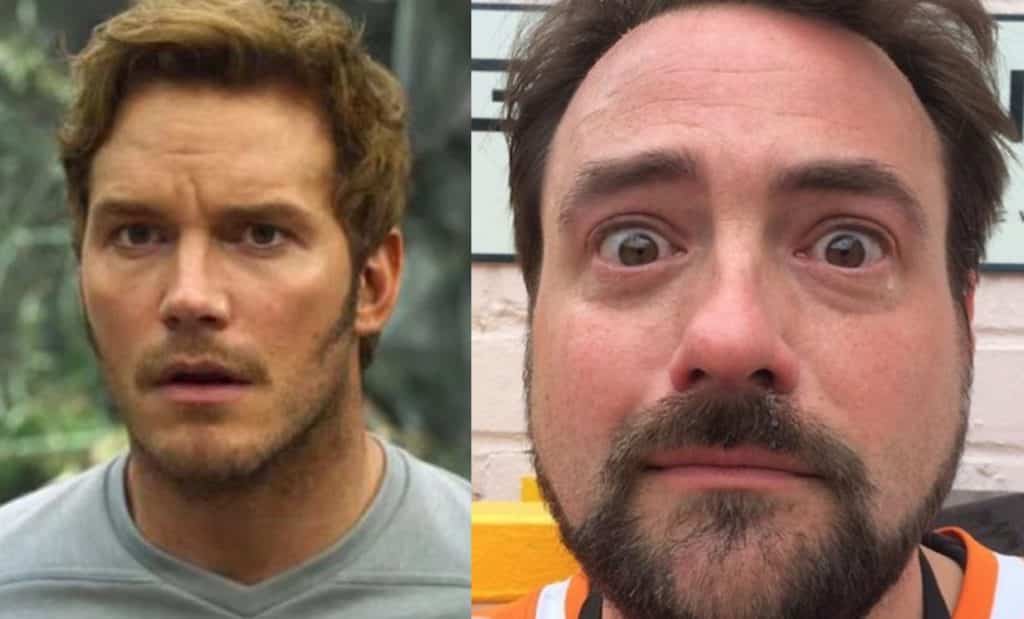 Earlier today, Kevin Smith revealed that he suffered a massive heart attack and narrowly survived. It was very shocking news, but good news in that the filmmaker was still alive to talk about it. Fellow Hollywood Star Chris Pratt sent out a tweet saying that we should all pray for Smith:

Kevin we don’t know each other too good but I have loved you since Clerks and I’m praying my ass off for you cause I believe in the healing power of prayer. Can you please pray with me people!? 🙏♥ https://t.co/syB7BiQaoY

This, for whatever reason, was met with backlash:

Prayers won’t help the medication do its job. To help for a heart attack you take acetylsalicylic acid which, in a chenmical reaction, stops prostagladins from being made, which are prothrombotic and proinflammatory, and causes blod clots which are the reason for heart attacks

It does not up the odds lol. Tell all the millions of people dying of malaria in western africa who are 99% religious that. And we who have more money but can be complete atheists can easily cure it. Turning to a higher power can give hope, which can trigger a placebo effect.

That’s cool and everything but Doctors and nurses save lives not prayer.

Prayers save lives doctors and nurses just help out

Awesome. We will wait for proof of your claim. Or is this something you take on “faith?”
Ridiculous.

no. a doctor saved him. not a spaggetti monster

If you wanna help, actually help. Praying is just a way to feign helping so you don’t have to go out of your way

better than fake messages to a fake man in the sky

It’s just a little bit egotistical to presume that there’s an all powerful god who created the universe who is so interested in your well being that he does favors for you.

You should really be believing in the hard work and skills of the doctors that are helping him, not ‘prayer’ 🙄

Prayer does nothing. Only doctors and nurses and how healthy he is will save Smith. Sending him encouragement might boost his mood and aid in the healing process.

It prompted Guardians of the Galaxy director James Gunn to release a pretty long statement on the matter:

“So I just read Chris Pratt’s tweet to Kevin Smith saying he would pray for him & made the mistake of reading the comments, many of which go off on Chris for saying he’d pray. I think people misunderstand the backlash against ‘thoughts & prayers. There is nothing wrong with sending someone positive thoughts & prayers. But when this is coupled with inaction when action will benefit the situation, it’s empty. If you’re offering Parkland shooting survivors prayers, but are unwilling to deal with the problems of gun violence in this country in a practical way, those prayers are empty. But no one expects Chris Pratt to shoulder doctors out of the way and perform heart surgery on Kevin Smith. Nor does Kevin need Chris to pay his medical bills. So I think his prayers are appreciated, and about all he can do..I’m not tweeting this to defend Chris, he’s a big boy and can take care of himself. But for me, personally, prayer and meditation are great boons to my life and help me navigate my way through this world, and I don’t want to dissuade others who find those things useful. I don’t think that means YOU need to pray. I don’t. There are many ways to navigate this life. Mine is only one of them. Prayer isn’t for everyone but, in the face of helplessness, it’s often meant as a acknowledgement that one cares (and we all care about @ThatKevinSmith). If I am ever sick I will gratefully accept any of your thoughts and prayers. And will not be as grateful for some random fan knocking down my doctor and performing his own brand of kick ass surgery on me. Love to you all. Have a great week.”

Whatever your views are – is it really that big of a deal what Pratt said? I mean – does it really matter all that much at the end of the day? He was just wishing someone well. What’s wrong with that?