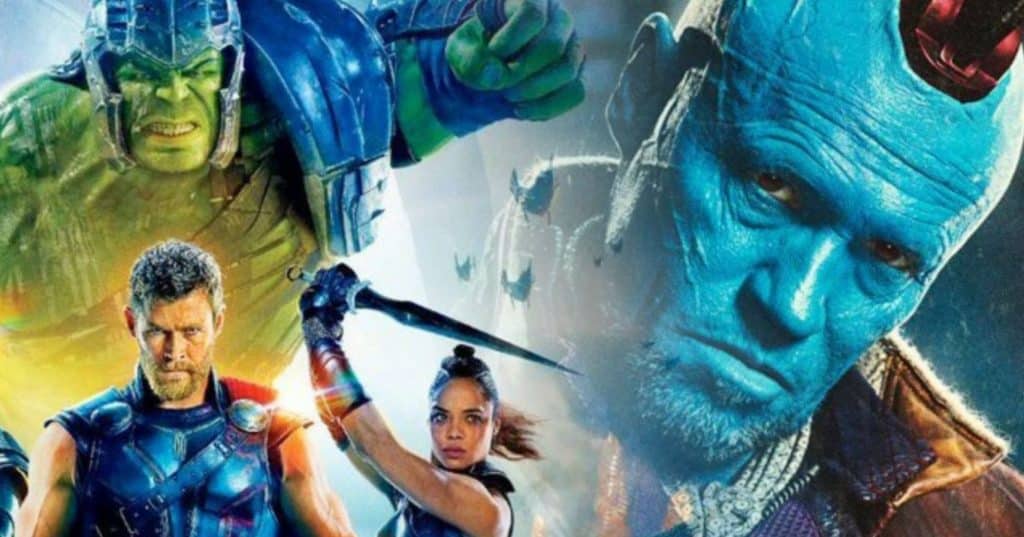 Thor: Ragnarok is now available globally on Digital Download and with it, a wealth of special features and deleted scenes. One of these deleted scenes has a revealed in an interesting cameo from a certain Guardians of the Galaxy character who we thought we had lost. Obviously, if you haven’t seen Guardians of the Galaxy Vol. 2, you shouldn’t be here. Otherwise, you know Yondu didn’t make it out.

The aforementioned deleted scene is titled ‘Kevin & Lou’ and features Michael Rookers Mohawked ravager, Yondu, interrupting one of Hela and Skurge’s executions looking for Kevin and Lou’s office. The Kevin and Lou’s in question are likely Marvel head honchos Kevin Feige and Louis D’Esposito, possibly asking for a return to the Marvel Cinematic Universe. You can check out the scene below in all its glory.

Obviously this is merely supposed to be a bit of fun and shouldn’t be considered Canon. Especially since timeline wise the character would actually have been dead for several years, given that Avengers: Infinity War is supposed to be set four years after the events of Guardians of the Galaxy: Vol 2.

When asked about how the scene actually came about, Guardians director James Gunn took to Twitter to explain. He posted:

For those of you asking me how a Yondu deleted scene is on the Thor Ragnarok extras – I believe Rooker was at the lot shooting his bit for the Guardians Mission Breakout ride/Halloweeen version, and he stopped by the Thor set to goof around. Rooker, correct me if I’m wrong.

To which the man himself responded.

It certainly is a humorous scene and it would be nice to see Yondu make an appearance sometime in flashback. It just goes to show how much fun the actors in the franchise have with their characters. Hopefully once Avengers: Infinity War hits and all the characters are acquainted with one another, we will start seeing more cameos such as this between the cosmic side of the MCU.

You can pick up Thor: Ragnarok on digital download now and home media on March 6th.

What do you think? Did you enjoy the scene? Would you like to see Yondu return in some capacity? Let us know in the comments below!