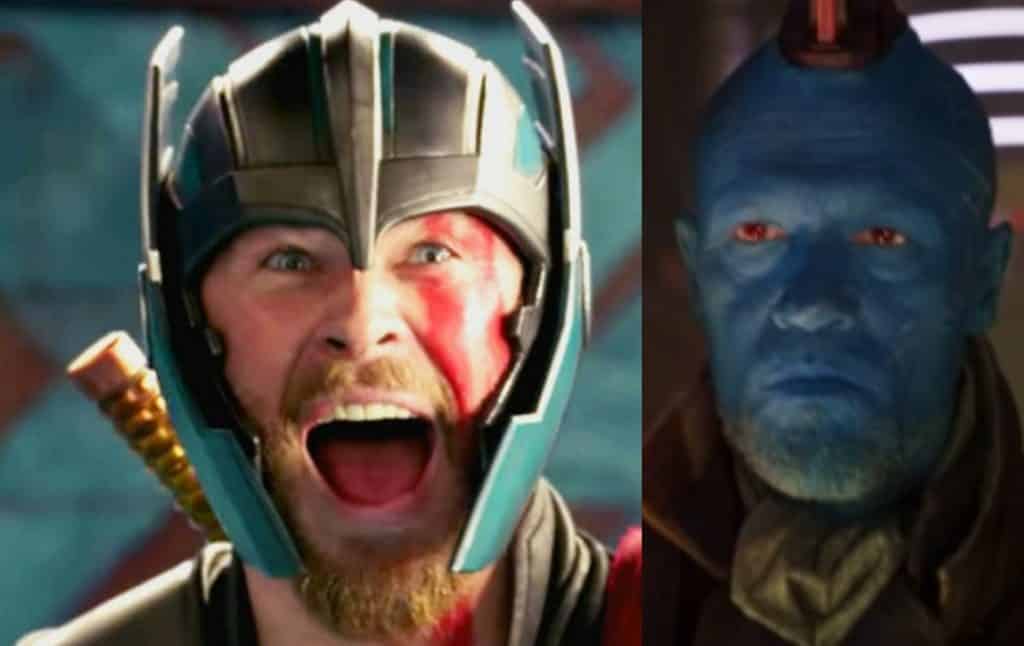 In an unexpected crossover, one of the Guardians of the Galaxy apparently shows up in a deleted scene from Thor: Ragnarok. Michael Rooker’s character, Yondu Udonta, has been spotted in a screen grab from the digital copy of the film.

Yondu, you’ll recall, is the smart-mouthed, southern accented Ravager captain who raised Peter Quill, aka Star-Lord. While he seemed like a grade-A asshole in the first film, a softer side of the career criminal was seen in the second installment. We learned that the real reason he kept Peter from his father was that he was the Celestial known as Ego the Living Planet. Ego had nefarious plans for his offspring, and Yondu decided to protect the boy rather than collect his finder’s fee.

Posted on Reddit, user PlayerCorps claims that the shot comes from one of the film’s unused scenes. While this hasn’t yet been confirmed by Marvel, the picture does indeed show Rooker, in full Yondu costume, in the center of a crowd of Asgardians. It appears to be from the part of the movie in which (SPOILER ALERT) Hela systematically murders hundreds of the realm’s residents, including the legendary Warriors Three.

But why would Yondu be present here? According to MCU continuity, his death at the end of Guardians 2 happened well before the events of Ragnarok. And if he was going to be resurrected, surely that would be saved for the next Guardians film, or even Infinity War?

Sadly, the only logical explanation is that the scene was meant to be a gag all along, destined for the special features of the film’s home video release. It certainly fits in with director Taika Watiti’s sense of humor. Yondu is said to stumble “accidentally” into the middle if the carnage, only to ask for directions to Kevin Feige‘s office.

So it appears to be all for the lulz. Although, with Marvel, one can never be too sure. And the presence of Doctor Strange and the Eye of Agamotto makes anything possible.

What do you think of this silly scene? And what else do you hope to find in Ragnarok’s special features? Tell us in the comments!

Continue Reading
You may also like...
Related Topics:Guardians of the Galaxy, Marvel, MCU, Thor: Ragnarok